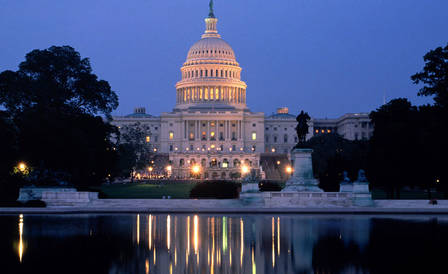 In Corruption We Trust

American political scientist, Elmer Schattschneider, once wrote, “the flaw in the pluralist heaven is that the heavenly chorus sings with a strong upper-class accent,” the government favoring the wealthy is only the beginning of its corruption. Lobbying of special interest groups in Congress has become an issue that the American people need to speak out against. Lobbyists are known for buying members of Congress to vote on bills that will help their cause, which usually only benefit huge corporations or upper class citizens in America. Today, there are 38 lobbyists for each member of Congress. Heads of industries spend tens of millions of dollars a year on lobbying to bribe politicians to decrease regulations on their companies. Big Tobacco spent $54,216,000 on lobbying between the years 1997 and 1999. Congress is not passing laws for the good of the people, they are passing them for the good of the industries. Americans need to take their government back. It is the job of citizens to stand up for what they feel is right and honest, and to demand the government start caring about their needs. Sign this petition for the banning of lobbyists from Congress.