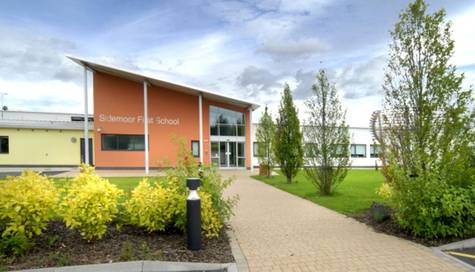 Improved parking for the parents of pupils at Sidemoor First School

The parents of children attending Sidemoor first school have recently been informed that main gates to the school will now be closed during 245pm - 3.25pm, which isn't a new decision made, as this has been happening for some time now.

I, among other parents and carers, have a few issues with this decision which we would like to express in this petition.

Secondly - lack on continuity.
If these decisions are based on strong willingness to keep the children safe and secure preventing accidents, why is that some days these gates are left open and not closed at the times stated above? This is leaving us parents confused and is proving to us that we cannot take any information we receive seriously.

Thirdly - The school 'Pass' for parents with children attending the Nursery.
A question I would myself love to know the answer to. During the summer term 2015, the head teacher and a member of staff would be checking vehicles for the pass in which children attending nursery have been given when starting Nursery. The pass is supposed to allow you to park on the premises to collect your pre-school age child from Nursery safely, without the car clutter in the car park being a risk to your child perhaps running out into moving traffic.
So, why is it that for those of us who's children attend Nursery, have to arrive at the school 30 minutes before they are able to leave, during the winter we have to sit in the cold (possibly with other, younger children, on board) and wait what for what feels a lifetime, while our younger children are tired, bored, hungry etc.
Having to arrive at the school very early, just for others with non passes to show up and not get checked anyway, regardless of whether the gates are open or closed, why have the pass if this means nothing?!

Continuing - "USE THE OTHER CAR PARK"
We are told to use the bottom car park to collect children, quite clearly, and very obviously, the smaller car park intended for pick ups is not only already crammed with cars blocking each other in, but who on earth thought that such a tiny space would allow for every driving parent to collect their children from school? If we are a fan of playing bumper cars then this is the place to park, but we are talking about keeping our children safe here after all, this car park WILL cause an accident in the long run, it's a matter of 'when' not 'if'.

Fourthly - Working Parents
Here's the thing, it's hard enough for working parents to negotiate with their boss when they are allowed to leave work in order to get to school for 3pm to collect their children, but now, for those who are lucky enough to be able to bend things or work their lunch break to make up for it, an extra 15 minutes has to be catered for in order to get onto the premises before the gate shuts, no wonder you have parents speeding down Perryfields Lane as they race against the clock hoping the care taker hasn't already locked that gate. Again, IF, he has locked the gate.

So what if the gate is locked, what are our options from then on?

1) Grass verge - I don't know about everyone else opinions, but I've personally parked on the grass verge to the front of the school (Next to the gates) at 3.50pm, stepped out of the vehicle into what I would describe as a BOG or a SWAMP, I have then had to sludge my way down to the field which is even worse while carrying my child, shoes getting stuck in the mud, children falling over, bags being dropped. Children as young as pre- school age getting covered in thick mud and filth. This is safe is it? This is better than us parking on the car park?! Ask yourselves this question....would I want to be in this position with my children?! getting your work uniform, kids school uniforms dirty, creating more washing where we could be spending that time with our children and family?

2) Local roads - The back end of the school we have small roads and closes where (if we are lucky) we are able to find a parking space, but again, if you're early enough. We then receive letters regularly asking us not to park on these roads as the school has had complaints from local residents. So what are we to do?! I for one am at a loss...

3) Other car park - which you basically wouldn't be able to get onto, so there would no point in even trying. In turn, you'd be late to collect your child and then get plonked into that 'late parent' category.

So we aren't allowed to park on the premises, we are then sent patronizing letters asking us if we'd kindly respect the residents by not parking on their streets. Then, we are told that those few who turn up late to collect their children are wrong and it's unfair to the staff, I apologize if this point is disagreeable, but is it not more unfair to expect us to carry babies and infants across a field where we could fall over and easily break bones, not just harming ourselves but our children also? or is it more acceptable for the teacher to hang on to our children for ten minutes longer....and NOT because we don't want to collect our children on time, but because this school REFUSES to open the gates on time in order for us to collect our children. Who are the ones being unfair? I can tell you all now, we as parents are fed up with it.

I would love to know, how many parents feel the same as myself and would support this petition.

Here's what I, and many others, would like to see happen with Sidemoor first school -
I have often sat in the car looking at the amount of land not being used on the school grounds. It's absolute nonsense that there are grass verges and large amounts of space to make the school look attractive, yet we are treated like animals and expected to walk around in filth, just to collect our children from school.

A few questions...
-Why has that dead space not been turned into adequate parking for us parents?
-Why is it that we can't have a member of staff working the gates at 3pm 3.30pm helping out with the parking and guiding us to the safest possible spaces for parking instead of just locking us out?
-Why can we not get the funding for extra spaces, have a 'members of staff' area with passes, and a parents pick up area for those of us driving?

These issues need to be addressed as soon as possible and if not dealt with, I am considering moving my children to another school because myself, along with the majority of us parents, have really had enough of being treated this way.