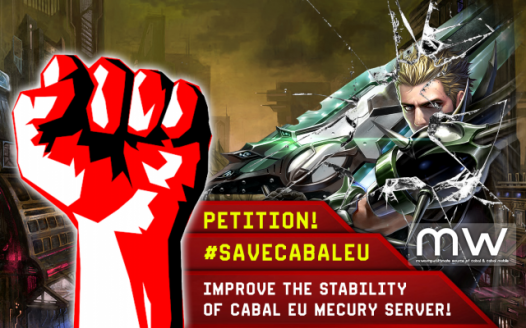 452 people have signed this petition. Add your name now!

For more than 2 months already, the all of players of Cabal Europe Mercury Server have to suffer the severe issues such as:

With the stability as mentioned above, we have to suffer for more than 2 months already. The amount of active players has been reduced significantly. Even the big update of Episode 24 with lots of enjoyable content cannot save the game. Many players came back, but they cannot play and decided to quit again.

And during that two months, there is no official response from the PlayThisGame / ESTGames for this.

We request to know the reason of these issues, the workable solution with estimated timeline.