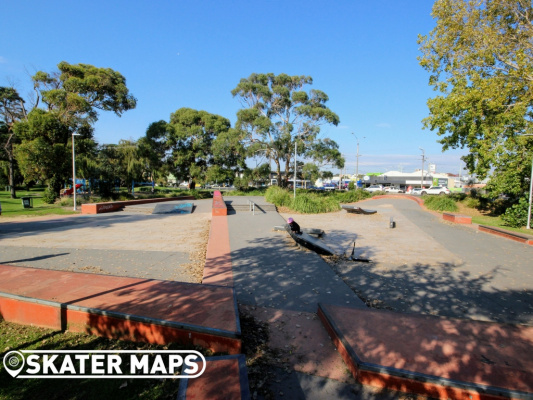 Rosebud skate park being one of the best skate parks for all levels in the Mornington peninsula area, it had lights previously installed but it’s come to our attention these lights aren’t there to light up the skate park but to just let people know it’s there. We are asking for a possible installation for new lights that will satisfy the skateboarding community

Similar to the lit-up football ovals. So the community, which includes all ages, can benefit at a time that suits them.

On the weekends the skate park is overpopulated with a range of eager users, ranging from toddlers/ kids mixed with the studying and working class who have been busy all week, racing to make it down with limited daylight. It can be a challenging environment to navigate safely which realistically is what every user wants.

Adults work until usually 5 o'clock and the sun sets at five in winter. Which means that they are unable to use the facility or take their children to the skate park during the winter months. Football, soccer, netball and grass hockey all have lights because of this fact. It is about creating more opportunities for the community to be physically active, which in turn reduces obesity, mental health issues, and social isolation and builds a stronger community.

We have all dealt with mental health problems either directly or indirectly, and through Skateboarding /BMX / Scootering, you form this nice support group. Your parents, girlfriends, boyfriends, whoever, are not necessarily who you want to approach about these things. The people that you ride with on a sunny day are the people that you engage with the most.

Skate parks have come a long way in 10 years. There are so many young families in the area that both use the skate park and the playground

in previous years which is a clear reflection of a healthy growing community that will only benefit from lights like Skate parks such as Noble Park, Mt Eliza, Croydon, Knox, Balnarring, Bentleigh and recently Berwick. Almost every skate park in ACT & QLD have lights.

As skateboarding has officially been acknowledged as a professional sport and with its acceptance into the next Olympics, adding lights to rosebud Skate Park will additionally be showing the community that the rosebud council respects the safety and influence of all sports equally. Reports show that when lights are installed, skate park damage decreases by 63%, which creates a safer environment for both friends and family to enjoy stress-free at everyone’s leisure, which ideally is the goal.