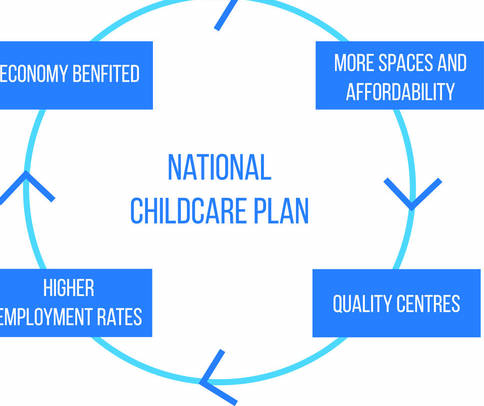 The National Child Care Plan is a national plan implemented by the Federal government to create more child care spaces available at an affordable cost. During the 2015 elections, the NDP proposed a National Child Care Plan and promised a goal of one million child care spaces at a maximum cost of $15 a day if they were elected. “According to the NDP there are currently 500,000 children who have regulated child care and 800,000 who don’t.” This would still leave 300,000 children with child care costing more than $15 a day. Since the Liberals were elected, the NDP’s National Child Care Plan hasn’t been a topic of discussion as Justin Trudeau, the leader of the Liberal party, implemented a child tax benefit that allots $6,400 a year per child under the age of six and $5,400 to children 6-7 years of age. Making a total of $23 billion invested. As early childhood educators we want to advocate having a National Child Care plan as it benefits children, families, educators and citizens across the country.