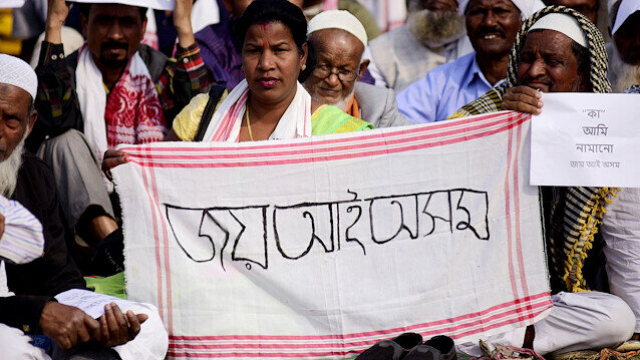 Implement Clause 6 of the Assam Accord

We are writing to you following up on our petition last year signed by more than 450 individuals among the Assamese diaspora residing in the United States and Canada opposing and condemning the Citizenship Amendment Act (CAA) of India. We were extremely disappointed, but now ask you to urgently, fully, and with immediate effect implement Clause 6 of the Assam Accord as per the recommendations submitted in February 2020 by the 14-member committee formed by the Government of India.

The recommendations submitted by this committee provide a path for the protection of all indigenous, tribal, and other communities, including other Indian citizens, residing in Assam on or before January 1, 1951 and their descendants, collectively called the Assamese people.

The government of India lacks a comprehensive immigration strategy to resettle migrants. As such, Assam has borne the brunt of the influx of migrants and refugees fleeing destitution and conflict situations. Being one of the poorest states in India – almost 1/3rd of the population in Assam lives in extreme poverty according to the World Bank data, Assam does not have the economic and social resources and support systems needed to accommodate migrants who arrived since 1971.

By welcoming all migrants fleeing the then East Pakistan between 1951 and 1971, the state of Assam has executed its obligations as per the Assam Accord. But for 35 years, the Government of India has failed to implement the Assam Accord. Although several committees have been formed, the rights, cultures, and the economic futures of several smaller indigenous groups, tribes, and languages that call Assam home now stand threatened by the enactment of the CAA. This is because of the government’s abject failure in keeping its promise to the Assamese people for three decades and a half.

We, therefore, ask the government to: (i) immediately implement Clause 6 of the Assam Accord fully following the recommendations submitted in February 2020 by the 14-member committee; and (ii) in the longer term, consult with the public on finding a comprehensive, coherent, and sustainable strategy to rehabilitate and resettle migrants in humane, just, and sustainable ways in the rest of India outside of Assam.

We call for the Government of India to develop an immigration policy that treats both citizens and migrants as human beings equally worthy of dignity and respect, and deserving of lives that are fulfilling economically, culturally, and spiritually. As part of the Assamese diaspora in North America, we condemn xenophobia, Islamophobia, and settler colonialism in all shapes and forms.