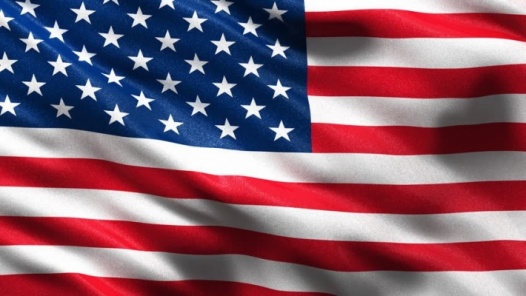 Petition States As Follows: IMPEACH, REMOVE, RECALL, REMOVE, and/or force the RESIGNATION of JOE BIDEN, KAMALA HARRIS, and NANCY PELOSI WE, THE UNDERSIGNED CITIZENS OF THE UNITED STATES OF AMERICA, hereby petition the Congress of the United States to undertake all necessary and proper actions to impeach Joseph Biden, Jr. (“Biden”), Kamala Harris, and Nancy Pelosi for high crimes against the people of the United States and remove them from the offices of President, Vice President, and Speaker of the House of the United States. The crimes and reasons for the removal, impeachment, recall, and resignation of these three (Biden, Harris, and Pelosi) are plenty. Here are some reminders:

Nigel Farage: 'DAMAGE that Biden has done to America's international reputation could NOT be greater' - TheBlaze

Arizona sheriff: Biden stopped building the wall and created a 'crime scene' at the border - TheBlaze

55 Things You Need to Know About Kamala Harris - POLITICO

Some advocates say Harris didn’t do enough to address police brutality while she was attorney general, especially after she refused to investigate the police shootings of two Black men in 2014 and 2015. She also didn’t support a 2015 bill in the state assembly that would have required the attorney general to appoint a special prosecutor who specializes in police use of deadly force.

She had an inconsistent stance on health care, which also made voters skeptical. Although she said she supported the abolition of private health care during an earlier town hall, she later denied her statement and said she had misheard the question. She eventually released a health care plan that still included private health insurance.

During the campaign, Harris shied away from discussing specifics about her career as a prosecutor, a strategic choice borne of fear that voters on the left would criticize her over criminal justice issues. She even failed to give a sharp response to Rep. Tulsi Gabbard’s misleading attacks against her record, leaving voters unclear about her positions.

She ended her presidential campaign in December 2019, a month before the Iowa caucuses, after taking a hard look at her campaign’s financial future and low poll numbers. Internal turmoil cost her presidential bid, with aides accusing Harris of mistreating her staff with sudden layoffs and allowing her sister, Maya, to have too much influence.

In San Francisco, she vocally supported a controversial 2010 law that made truancy a misdemeanor and punished parents who failed to send their children to school. The truancy rate ultimately dropped, but some critics saw the rule as too punitive.

She was under scrutiny during her tenure as San Francisco district attorney when a technician stole cocaine from the DA’s crime lab and mishandled evidence. Harris, trying to keep things under wraps, failed to inform defense attorneys. As a result, about a thousand drug-related cases had to be thrown out.

One of Harris’ most controversial decisions came in 2004 when she declined to pursue the death penalty against the man who murdered San Francisco police officer Isaac Espinoza. At the funeral, Senator Dianne Feinstein delivered a eulogy in which she criticized Harris, who was in the audience, prompting a standing ovation from the hundreds of officers in attendance.

Inside Kamala Harris’ polarizing record as a prosecutor (nypost.com)

Kamala’s Crimes Against Black People: 8 Reasons Why We Should Oppose Kamala Harris | by Kalonda Mulamba | Medium

'I hope you burn in hell! That was my brother!': More anger unleashed at Biden by relatives of US service members killed in Kabul terror attack - TheBlaze

Kamala Harris laughs when asked about tragedy in Afghanistan (nypost.com)

Nancy Pelosi Has Been Enabling Sexual Predators For Decades (townhall.com)