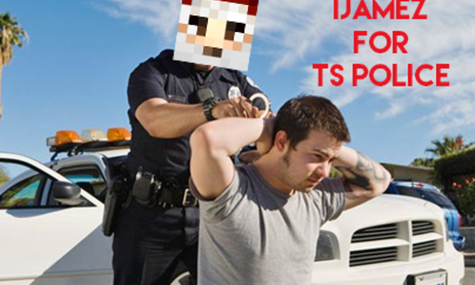 As some of you are aware, the Head-Admin of Arcade, iJamez989, had the 'TS Manager' rank. This was because he set up the majority of the teamspeak permissions and ranks. One day, the GOPs decided that he didn't need it anymore. Now, without explanation, it was removed by Nick. I find it unfair that this important and necessary rank was removed and yet the TS still has ranks such as 'FUZE' and 'Advanced Builder' which are not important as 'FUZE' have their own teamspeak and 'Advanced Builders' should only have the 'Builder' rank. iJamez989 fixed our teamspeak and got it working again and yet after all that got nothing. He should at least have the 'TS Police' as he has earned it with all his hard work. Now recently, Mitchka and Whitey received this rank and Jamez got buddy. Now don't get me wrong, Mitchka and Whitey are very hard working, but on the server and the teamspeak. But Jamez should get it as well for his work or at least give him his old rank.