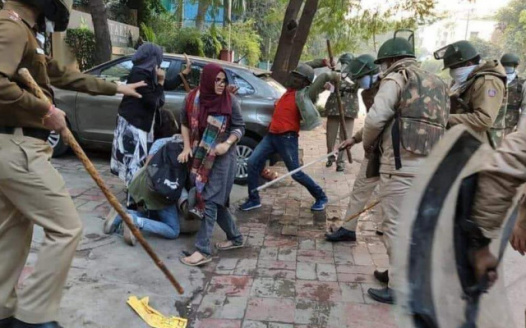 NOTE: PLEASE MENTION YOUR CAMPUS AND BATCH IN THE COMMENTS

We, the members of the IIT community, including students, faculty members and alumni, in our personal capacity, strongly condemn the provisions of the Citizenship Amendment Act, which fundamentally changes the nature of the Indian state. We also express our disapproval at the police brutality against students of central universities, including, but not limited to, Jamia Millia Islamia University.

We welcome the idea of providing refuge to persecuted minorities from three neighbouring countries. However, the understated intent of using religious identity as a criterion to decide claims to citizenship—that explicitly excludes Muslims—is outright communal, sends an insidious political message and sets a dangerous precedent. It contravenes the right to equality and secular citizenship enshrined in the Indian constitution—that sets us apart from religious theocracies across the world. We demand the Parliament of India to review the Act in accordance with the principles of the Indian Constitution.

Large demonstrations are taking place across the country against the Act. But what happened in Jamia Millia Islamia on 15th December is atrocious. Citizens have the rights to protest against this unjust law. While we denounce any kind of violence in the name of protest, the police action at Jamia Millia Islamia campus is blatantly illegal under the constitution of India. Police fired tear gas shells, entered hostels and attacked students studying in the library and praying in the mosque. Hundreds of students have been injured. This is against the democratic spirit of our country which allows for protests against any action/legislation and is completely unacceptable.

There seems to be a pattern of the state using violent powers to curb dissent. We fear that this despotism would trigger unrest across the country, as is already happening in various states.

As concerned citizens of the Republic, we stand in solidarity with students and civil society groups across the country who are protesting against the Citizenship Amendment Act. We demand the Parliament of India to review the Act in accordance with the principles of the Indian Constitution. The parliament should, with all impartiality take into account the concerns expressed against the Act, and ensure that our democratic right to protest is protected at all costs.

NOTE: PLEASE MENTION YOUR CAMPUS AND BATCH IN THE COMMENTS