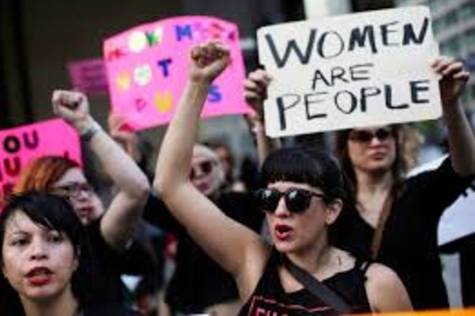 If boys can wear singlets, girls can wear yoga pants

Due to the recent events at school, it seems a bit unfair to say the least, that it is okay for guys to walk around our school in singlets, but it is "distracting" and "inappropriate" for girls to wear leggings. If guys barring their open chest and nipples in a skin tight leotard isn't distracting, then neither is a fully covered pair of running tights or yoga pants. I'm not saying it is wrong for those guys to wear that, but is not "pro-equality." Why not teach guys to respect girls instead of taking away the right of what a girl can wear? Frankly, we see yoga pants outside of school daily, so really what is the end goal by not allowing us to wear them in school? We wear spandex for volleyball uniforms, guys attend those games and it's okay. We wear spandex and tight running tights for track meets which are often co-ed or joined together and it isn't an issue there. It's time to teach boys to respect girls no matter what they are wearing. Given that the Women's March just took place, and was the largest protest in history, I feel that this is good timing and also the right thing.