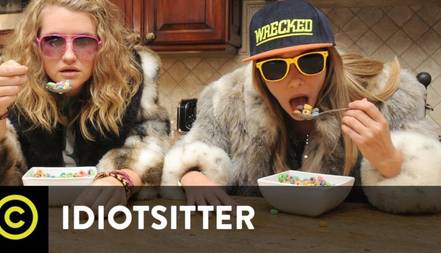 Binary B 0 Comments
20 people have signed. Add your voice!
1%

Idiotsitter an energetic, witty, and relentlessly hilarious sitcom. The main characters Billie Brown & Gene Russell, played by Charlotte Newhouse and Jillian Bell respectively, are on two very divergent paths in life when they meet. Billie, a highly educated young woman strapped for cash, takes a position as a nanny/tutor for Gene who is 1/3 of a rambunctious and very wealthy family in Los Angeles. In Season 1, the pair go on an epic series of adventures that culminate in bond that will SURELY entertain in Season 2.

This show is pure comedic genius. Show your love and support for a second season!

This show deserves endless support. You WILL become a fan…

As a fan, I consider myself a serious blend between Billie and Gene…So I’m a Billie Gene.

***This is a fan written petition & is in no way affiliated with the show, cast, or Comedy Central*