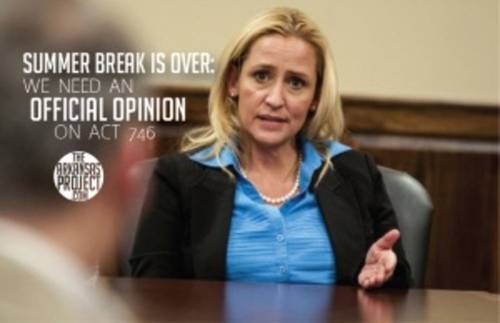 257 people have signed this petition. Add your name now!

Richard Chambless of Bald Knob, AR has been arrested and found guilty of carrying a weapon and disorderly conduct. He was sentenced to 1 year probation, 15 days in jail, and a $2,160 fine. All this despite an Arkansas state law legally allowing him to open carry a firearm.

Constitutional carry (Act 746), of course, means that you can carry a firearm, open or concealed, without having to get the government’s permission — as long as you aren’t attempting to “unlawfully employ” it. Apparently though, not everyone in Arkansas understands how Act 746 works.

We need an official opinion from the Arkansas Attorney General's office to clarify Act 746 and protect all law abiding #2A patriots, including Richard Chambless.

You can read more on Richard's story here: http://www.thearkansasproject.com/summer-break-should-be-over-for-ags-office-on-act-746/