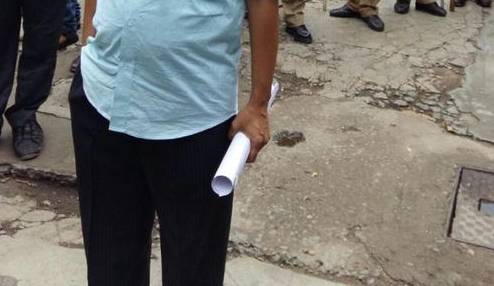 I support IPS Amitabh Thakur of UP against bully UP govt

Lets show UP govt that India will not tolerate this bullying and corruption anymore.

A day after he complained of receiving threat call from the SP chief Mulayam Singh Yadav, IPS officer Amitabh Thakur in Uttar Pradesh has a rape case registered against him.

The complainant, a resident of Ghaziabad in UP, filed an FIR in Lucknow’s Gomti Nagar police station. She has named Thakur’s wife too in the FIR accusing her of colluding with Thakur.

Thakur had released an audio tape, where the SP chief was allegedly threatening him of dire consequences.

The IPS officer said he ‘welcomed the FIR’ against him adding that it was a ‘return gift from Mulayam Singh Yadav.’

His wife, Nutan Thakur said that the law enforcing agencies must investigate both the FIRs including the one filed by them impartially.

Thakur said that he was planning to approach High Court demanding the CBI inquiry. According to the audio tape. the SP chief had allegedly told the IPS officer, “you better mend your ways.”

On Saturday, he complained that the police in Lucknow had refused to register an FIR against Yadav.

The Samajwadi Party, which is the ruling party in Uttar Pradesh, has denied Thakur’s charges.

This is bullying by UP govt, corruption at its finest by using power against vulnerable innocent law abiding citizen.

Lets show UP govt that India will not tolerate this bullying and corruption anymore.

credits for article and image: Jantakareporter