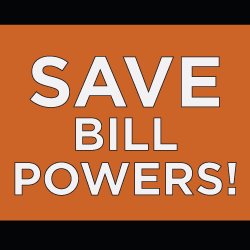 For three years, UT Austin has been the subject of a politically motivated campaign to attack and discredit our President, Bill Powers. During his tenure, President Powers has advanced UT Austin in remarkable ways including reforming our core curriculum, creating the first medical school at a tier one university in over 50 years, and successfully leading a three billion dollar capital campaign. President Powers was also elected by fellow university presidents to be Chairman of the Association of American Universities, a group of the 61 leading universities in the nation. Despite leading UT Austin to such significant accomplishments, being recognized as a national leader in higher education, and enjoying strong support from students, faculty, staff, and alumni, Chancellor Cigarroa has issued an ultimatum to President Powers: resign or be fired on July 10.

This isn't the first time we've heard these rumors and they always arise in the summer, a deliberate attempt by the Board of Regents to hide from the university community while so many are away for the summer. Longhorns, President Powers has stood up for us time and time again.It's time to stand with him. Contact Chancellor Cigarroa (chancellor@utsystem.edu)to express your support and Stand with President Powers. #StandwithPowers