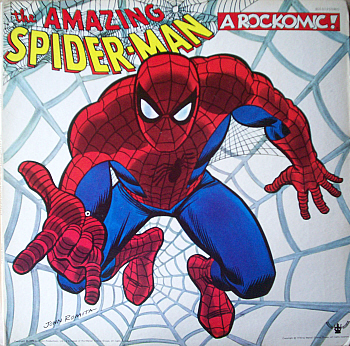 I request that Sony Sells Spider-Man movie Rights to Disney

Over the past decade Spiderman has gained minimal profit under the rights of Sony. By selling and moving ownership to Marvel Disney, Spiderman has a much better chance to maximize profits and multiply sales. At this Rate we will no longer have a Spiderman Story if the money required cannot be supplied. Marvel Disney can supply and fund the Spiderman Brand and has proven time and time again the ability to do so, as shown evident by the Avengers franchise. I hereby propose that Sony moves its rights to another rightful owner such as Marvel Disney.

Spiderman plays a large role in future Marvel storylines such as The Civil War. In this storyline, Spiderman goes through significant character changing events. *Spoilers* In Civil War, Spiderman reveals his identity to the world, is nearly killed by Ironman, and a sniper hired by Kingpin shoots Aunt May.

"See, this is all a result of Sony's hubris. That's why we're being denied an MCU that includes the crown jewel of the Marvel universe, their Mickey Mouse if you will... Spidey. Sony aren't in a position, in my humble opinion at least, to be demanding to retain creative control when the Spidey franchise is in the toilet at the moment, and they're grasping at straws with all these ridiculous, commercially un-viable spinoffs (a Sinister Six movie? REALLY?) because they don't know what to do with that franchise anymore.

They're creatively bankrupt and everyone knows it. Meanwhile, Marvel are thriving, and have taken a talking racoon and a tree that says only 3 words, and made them A-list household names who rake in the big bucks, easily surpassing TASM2's box office intake. How embarassing for Sony. Who could've fathomed a movie starring a talking racoon would be putting Spidey to shame both creatively and financially just a few years ago?

Sony ought to be thanking Marvel for even offering to put Spidey in their universe, and to potentially make that character a billion dollar franchise. Sony could still retain distribution and a share of the profits, wtf do they need creative control and marketing control for? That's just prideful and stupid on their part. If they were so creativey competent with this character, that franchise wouldn't be circling the drain at the moment.

All Sony needs to do is get out of the way and let Marvel do what they do best, and all that would be required of Sony would be to let MArvel co-finance, let them have creative control, and then sit back and make a load of money off Marvel's coat-tails. It couldn't get any simpler or more convenient for Sony than that. But no, they demand "creative control".

Marvel have proven time and time again in just a few short years that they don't need big A-list characters like Spidey or X-Men to make billions. They can take an F-list character and make them more popular and more profitable than Spiderman. At this point, Sony need Marvel a lot more than Marvel need Sony or Spidey for that matter...."

"Gotta be some kind of forced return policy. Like 3 strikes your out? I mean I loved spiderman 1 and 2. And even enjoyed the amazing ones (mostly due too the casting of Andrew Garfield and emma stone) , but let's face it, they flopped 3 in a row. Time too give him back. Andrew Garfield's spidey along side the marvel universe would be fantastic. Plus I doubt we will ever have such a critically and commercially successful moment in marvel, or even superhero movies again. A time where separate solo hero movies are coming together for the avengers, a time where guardians of the galaxy is the highest grossing movie of the year, and they are all actually good. Now is the time for spidey too return home." Cowing30