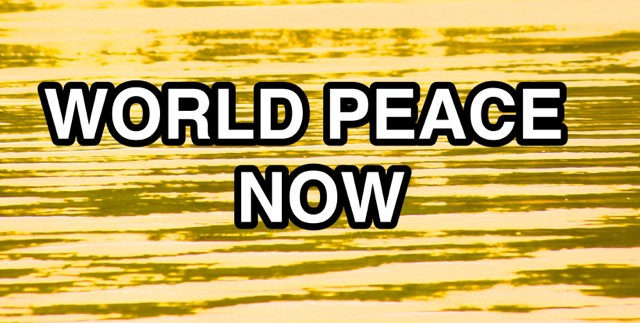 This is not an organised group or institution. This is someone who, probably like you, understands that EACH of US, individually, looking out at what appears to be insurmountable problems facing our magnificent planet can often feel overwhelmed and impotent. Incapable of making a difference. Someone who BELIEVES that this is not so, that in fact each and every one of us is critical to this planet at this time.
Each of us are sovereign individuals of equal value and worth. Combined we represent a force that is unstoppable and it is OUR collective WILL that CAN CHANGE everything and ANYTHING to how we want it. Currently most of what we do not consent to is controlled by a minute fraction of the population who would have us believe that they are all powerful. But nothing can make them equal to the power of the vast majority. The 99.99999%.
Collectively we represent a force that is unstoppable. A force that I call the Power as One. This is a crusade. Not in the traditional terms of taking up arms and heading out to physically defend that which we treasure most. It is one that involves stepping up within and becoming conscious! A gentle Revolution but one so POWERFUL just by virtue of our COMMITMENT to it and demonstrating that by saying I COMAND WORLD PEACE NOW.
That means NO war of any description. Regardless of where we live the vast majority want THIS NOW. The few have artificially separated us by any means possible creating religious, racial and cultural tensions to do so. Using the strategy of ‘divide and conquer’ is the only way they have maintained their tenuous hold on power. Only we can take it back, no one can do it for us.
It does not take public figures with differing agendas. It does not need big money. It does not need any mainstream media endorsement or backing. These are trappings we think necessary but only serve to distract and dilute the message.
It just needs YOU and ME, that is EACH of us together, NOW. The power of the collective is such that it increases EXPONENTIALLY with each matching thought till, similar to the 100th monkey, it is realised in a FLASH.
Please join us by signing this petition but mostly by making the commitment to yourself for World Peace and imagining it to be so. That is more powerful than anything we actually physically DO.
I strongly urge you to write I COMMAND WORLD PEACE NOW somewhere you will see it often. Each time you see it reaffirm and acknowledge to yourself I COMMAND WORLD PEACE, NOW, imagining what that IS for you.
Each of us that sign this petition do so on behalf, and for the greatest and highest good, of each and every sovereign individual on this planet today.