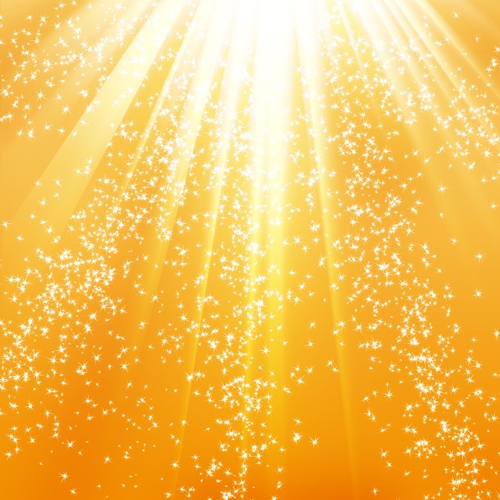 I Believe in Justice !

I am sharing our story because I am very worried about the mental and psychological health of my 15 y/o son.

He had been diagnosed with positive autisme (functional) at the age of 7 when he went to live with his dad. He was and still is a special child with special needs but when he went to live with them, I noticed a big change in him. Even the look in his eyes was changed after a while. However at that moment in my naiveté, I didn't suspect anything, I trusted the guy that he would never take a decision or treat our child in a way that would be damageable to his health and growth. And honestly to you I was myself healing from a PTSD.
To make a very long story short.
The last couple of months I have become aware of the very bad treatment that he is receiving in the household of his dad. He is being emotionally and psychologically neglected.
In all these years, they have been trying to make him believe that I don't care about him and still telling him constantly stories about me that he knows not to be true but it hurts him badly. When he collects all his courage and shares his truth with his dad, he is not being heard. However he doesn't dare very often to share his ideas, wishes and /or desires with his dad's family. They tell him it's not his idea, his mum taught him to say this, he doesn't have the right or maybe (in his dad's eyes) the ability to have an own pinion or idea. My child who is a very honest young man doesn't dare to speak up his truth while being in his father's house.
He is 15 y/o now, he is not allowed to be in contact with anyone while he is in his dad' house. he is never being asked what he likes to eat, what he likes to wear, what are his future plans, when and how often he like to talk or to see his mum or to anyone else, he is being called a number (Cinque), he doesn't get the chance to have any other social contact other than with intellectually challenged kids from the School, he is not allowed to tell his truth because he is being given guilt feeling if he dares to say what he feels and what is his desire, he is denied a healthy diet for his Cholesterol with the only reason that I have shared that diet with them, when he takes responsibility for his own health and try to follow his healthy diet, they make him afraid and they tell him that his mum is making problems for them ! He is not allowed to use the iPad I gave him with all the apps that he was using for his creative projects and he is not allowed to instal those apps or even Skype on his new one, he is not having a phone, I gave him before a phone but they took out the SIM card, he is not allowed to leave the house, they do not spend education time with him and they do not allow me to do that.
All these mistreatments and our limited contact in the first years (I could only contact him through his dad) had resulted in a dropping of IQ value in the first 5 years of his stay with his dad (I found this out last year).
In 2016 the father moved to London for a professional mission and he took my son also with him. He was then 11, so I gave him a little smartphone in order to be able to be in direct contact with him. He started to teach himself from Google how to make videos and post them on youtube. He learnt to speak English almost perfectly and every thing they were teaching him in the new school he was learning without too much effort.

I was more often in contact with him, I saw he was doing a great job with a little smartphone, so I gave him an iPad (his father didn't believe there was a need for an iPad for him, he could use his dad's Samsung tablet). Last year I started to teach him myself when I realised how receptive and willing he was to learn.
He learnt the multiplication tables in just 2 months, 10 minute exercise on a simple app on his iPad, in the summer holiday I taught him even more and at the end of the second month he was able to multiply 4 digit numbers in 3 digit numbers.
The father had refused to recognise or encourage him in anyways and didn't give me the opportunity to teach him more, he decided, when they came back to Belgium, our son must go to the same school with strongly intellectually challenged children.
I resisted this and I contacted the school. They confirm they don't have enough intellectual challenge for him. We asked for another IQ test and the new test showed an increase of IQ, about 30 points!
However despite the good result the father was more and more limiting our contact and this made me suspicious !
I started to do some research and I realised that he has registered our son as 66% disabled without my knowledge and despite the legal and agreed joint custody. He even extended this disability til 2023 when our child will be 18. The father did this after coming back to Belgium last year, completely denying all the amazing progress that our son has made in 3 years in London.
Now we are in a court case. My contact with my son has been limited to the absolute minimum and he is trying to get the exclusive custody.
I have proofs on paper that my child's growth and health is much better while he is in more contact with me but the father is a rich jurist and a lobbyist in European commission, a professional expert in manipulating the laws.
I need to prove in the court that the child is being neglected but I don't know how.
This is why I am looking for the experts and scientific reports that shows the way he is treating our child is not really helping him in his developments and also not good for his general wellbeing, emotional, psychological and physical health.
I was hoping that I might be able to get help with information, with medical and scientific reports and/or expertise or the most important, the opinion of mothers, fathers and children, to tell this father and the Belgian court this father is doing wrong to the wellbeing of his own child.

I am afraid the dad is trying to make a retarded child from him in order to save his own reputation because he's done this registration without my knowledge and I don't know how but he has made sure that I cannot get access into the disability file of my child. I have provided the responsible organisation with the court decision mentioning my legal right of custody, still no result and no clear answer.

In all these years our son has not been given any other specific or specialised treatment with the goal of improvement or helping him cope with his challenge.

If my son will be still registered as 66% disabled without any physical disability, the dad might be able to extend the minority and even at the age of 18 he will not be able to decide with which parent he wants to live and his future will be living as a disabled person, completely traumatised and dehumanised because of all the neglect and stripped of from all his rights.

My child is too innocent and too sensitive to be able to play the Power game of his dad. The guy is a high ranked jurist and a lobbyist in the European Commission for one of the biggest corporates in the world, an oil company.

Please help us saving the future of an amazing young man, who is being constantly discriminated because of a label, his rights have been violated for long enough and I feel if my son is not given the chance to bring his voice to the world, it's my duty as his mother to do this.

Please sign this petition if you are agreed that this treatment is not good for any human but specially damaging to a super sensitive young man with little defensibility.

We thank you from the bottom of our hearts for your time, attention and love