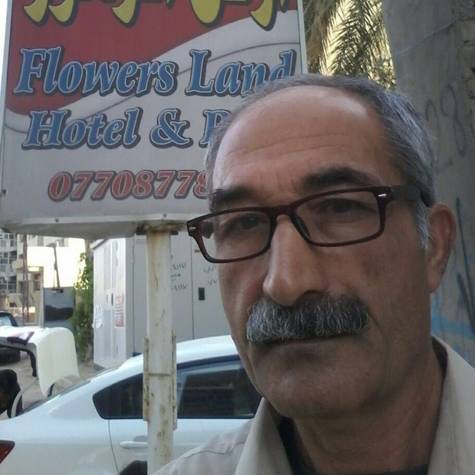 Moses Hatamian is a dear man from Iran who has been political active in Iran and has been in prison for years there. He was sentenced to death but managed to escape Iran with some help from friends. Since 2013 Moses has been confined in a so called hotel room in Iraq and has been under continuous death-threats. He is constantly being grossly abused, tortured, threatened and harassed by unknown civilian police and various Iranian agents working for the Iranian regime. It is impossible for Moses to go anywhere, since the Iranian agents are spying on him all the time and their goal is to kill him. Last year in September and October, Moses was assaulted and damaged so much that he had to be treated at the hospital in Baghdad. The Iranian agents are trying to force him to move back to Iran even though he has a death sentence and will be executed if he is forced to return. Moses is a gentle man who is concerned with human rights and has payed a high price fighting for it. We have been trying to get the UNHCR in Iraq to help Moses, to no avail. His situation is very critical right now and we fear for his life.

Our goal is to get many people to sign this petition. That way we can show the UNHCR that there are numbers of people who are concerned and cares for Moses' wellbeing. One voice doesn't seem to matter much, but together we could save a mans life. If you care for this brothers life, please sign this petition.