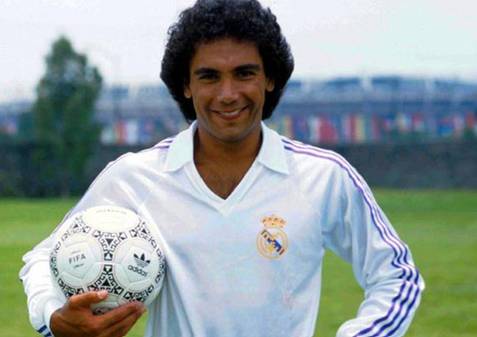 Hugo Sanchez was one of the best forwards in the world during his day. An incredible goalscorer known for his spectacular strikes and volleys, in 1999, the International Federation of Football History and Statistics voted Sánchez the 26th best footballer of the 20th century, and the best footballer from the CONCACAF region. In 2004 Sánchez was named in the FIFA 100 list of the world's greatest living players. He is considered Mexico's greatest-ever footballer.

He is currently the third highest scorer in the history of Spain's top division. He has also won five Pichichi trophies and the European Golden Shoe. All while playing for some of the best clubs in Spain and Europe (Real Madrid and Atlético Madrid).

Which is why Hugo Sanchez deserves to have a legend card in FIFA of at least 90. Sign this petition if you agree.