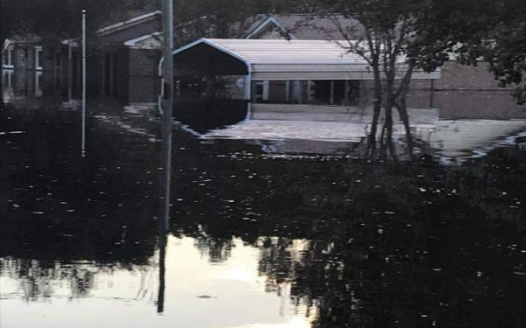 We, the residents of Longs, Socastee, Bucksport and Myrtle Beach, having unilaterally suffered a loss of real property due to; flood waters, lack of sufficient water shed and sewage infrastructure, poor planning and zoning on behalf of the Horry County Planning Commission, as well as Horry County Council’s disregard of its fiduciary duties in administrational adherence to;

We hereby petition our grievance unto the Fifteenth Judicial Court. We humble ask the court grant the attached temporary injunction until such time the Army Core of Engineers makes determination that the current and future “new” residential or commercial construction proposals, to include the Horry County “Imagine 2040 Plan”; that this temporary injunction be placed upon on the Horry County Council and Planning Commission until such new construction projects are deem safe, without having a negative environmental impact within the current or future flood plain determined by FEMA within Horry County, or until such time any such infrastructure changes/ recommendations made by Army Core of Engineers has been reviewed and approved by the Horry County Council and Planning Commission.

We, the citizens of Horry county, who having suffered tremendous loss in equity, use of property, loss of real property, or having been forced to invest in our communities to greater extent of adding additional bank or SBA loans to rebuild our communities, plea to this court for relief from the burden of poor planning and proposals and ordinances by way of Horry County Council.

Whether intentional or unintentional, the grossly ignored flooding issues within our jurisdiction, not making such proposals for proper shedding of both the flood water and or sewage associated with natural disaster, while also adding additional residential neighborhoods which further compound a pre-existing flood condition, in legal terms, is a failure of a duty of care.

Further, It is the obligation of the county Council to act in a manner conducive to the well being of everyone around them, such as the prevention of any "foreseeable injury to a victim.". Passing such proposals, provisions and or ordinances, to include the use of updated impact studies, including outside (other/independent) water shedding infrastructure adopted by other State and local municipalities is essential in the planning process of a reasonable municipal council. Failing to utilize these measure or failing address the current flooding issues that we are experiencing more frequently in nature, prior to passing such projects as the “IMAGINE 2040” project is a standard of conduct best defined as Negligence.

We the citizens of Horry County make this plea, that the attached injunction be granted by the court, as requested, to include the provisions stated within.