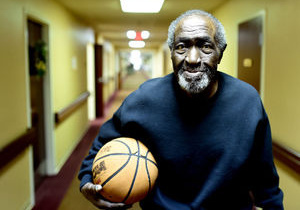 After reading an article written by Daniel Suddeath published in the New Albany Tribune, which highlighted the life and accomplishments of Mr. Amos Johnson, I felt an overwhelming need to do more in recognizing his accomplishments. I was sadden by the fact that while attending New Albany High School I never heard or was told about his amazing accomplishment of being the first African American athlete to play sports for the newly integrated high school in 1952.

Mr. Johnson deserves to be recognize properly in the city of New Albany as well as within the hall ways of New Albany High School. Therefore I'm writing this petition to request that the City of New Albany and New Albany High School to induct Brother Amos in the NAHS Hall of Fame as well as purchase a monument to be displayed in the school, highlighting Amos Johnson accomplishments. I also request that Mr. Amos Johnson be highlighted during this years Football or Basketball homecoming ceremony. I ask all current and former students, student athletes, and citizens of New Albany to support my efforts in making this a reality.

Please sign the petition and pass it on to friends and family members. By honoring Mr. Johnson, it will send a powerful message to the African American community of New Albany that despite adversity and barriers hard work will produce positive results in all aspects of life. Join me in fighting for the recognition of a hometown hero, elder, and trail blazer, Mr. Amos Johnson.