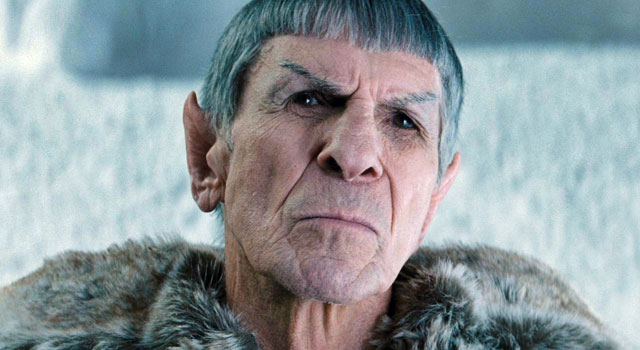 Hello, fellow Star Trek fans, and admirers of the great Leonard Nimoy, who has recently passed away.

Like many of you, I have been mourning his loss. Not long after I found out the sad news, I shared with some people my idea for how to pay final tribute to Nimoy on screen, in the upcoming next Star Trek film. It has gotten a positive reception from many fans I've spoken to, and some have recommended I try to contact Paramount Pictures themselves about it. Sadly, I lack the means or the clout to make my voice heard directly by them. And so, I have chosen to make a petition, to properly document fan support for the idea, and hopefully that will improve my chances of being heard.

My idea entails a deeply emotional and fitting goodbye to Nimoy's take on Mr. Spock, by having the next film open with a brief sequence of the Enterprise crew attending the funeral of Spock Prime, having passed away since the events of Star Trek Into Darkness. The characters would pay their respects with a humble and poignant eulogy...and then the title card appears, before the film as originally designed continues as planned.

I expect Paramount to be already intending a tribute of some kind to Nimoy with the film, but I feel it is my duty as a Trek fan to try and get my idea out there, as I sincerely think it would be the most fitting and beautiful tribute imaginable to Mr. Nimoy.

But whatever ends up happening, I will still be there opening day, to honor Mr. Nimoy's memory by continuing to support this wonderful series that he helped to make the classic part of pop culture that it is. But I implore all Trekkers who support my concept to sign this petition, and who knows? We might succeed, and so the fans will have done Leonard Nimoy the greatest honor of all by ensuring this tribute comes to pass.

Thank you very much for reading this, and Live Long and Prosper.