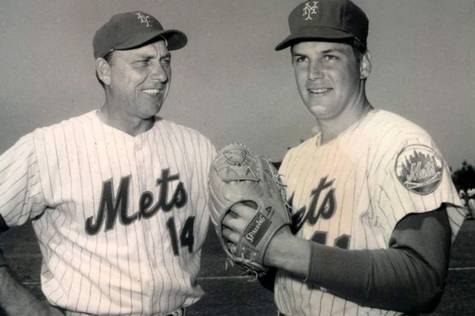 372 people have signed this petition. Add your name now!

To: Fred Wilpon, Chairman of the Board and Chief Executive Officer, New York Mets

Dear Mr. Wilpon: As we’re sure you’re well aware, the New York Mets will soon celebrate the fiftieth anniversary of one of the supreme moments in their history, the World Championship of 1969. The Mets seemed to transform themselves from Lovable Losers to Champions almost overnight, and while it was a true team effort in the best sense of the phrase, the contributions of two men stand out above the rest: Number 14, manager Gil Hodges, and Number 41, pitcher Tom Seaver. For this reason, we are respectfully encouraging you to commission a statue of these two baseball legends to be unveiled at Citi Field in 2019.

It’s been said that two great miracles took place in the Summer of 1969: Men walked on the moon and the Mets won the World Series. People still discuss which achievement is better remembered today. Although George Burns in the classic film “Oh God” declared that the 1969 Mets were his last miracle, neither the moon landing nor the Mets’ title were miracles in the supernatural sense: both were the result of focused hard work and dedicated team effort.

Gil Hodges, the quiet, strong first baseman of Brooklyn Dodgers legend, took over a team that had come to accept losing as part of its identity and quickly taught them to play together and win. He depended on his entire roster, but the supreme leader and talent among that group of young men was future Hall of Fame pitcher Tom Seaver, who, like Hodges, served his country in the U.S. Marine Corps. In many ways, even beyond the numbers they wore, Hodges and Seaver were mirror images. It would be fitting and proper for the Mets to immortalize their contributions to this great franchise with a statue honoring them together.