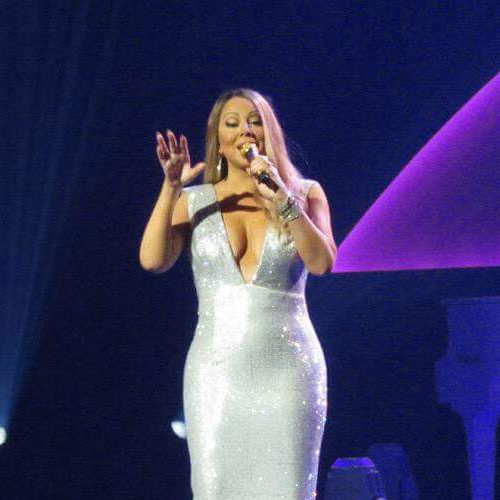 Mariah Carey is an American singer, songwriter, record producer, and occasional actress. She rose to prominence after releasing her self-titled debut studio album Mariah Carey in 1990; it went multi-platinum and spawned four consecutive number one singles on the U.S. Billboard Hot 100 chart. Throughout her career, Carey has sold more than 200 million records worldwide and won more than 280 Awards including GRAMMY, American Music Awards and World Music Awards making her one of the best-selling music artists of all time. In 1998, she was honored as the world's best-selling recording artist of the 1990s at the World Music Awards. Carey was also named the best-selling female artist of the millennium in 2000. According to the Recording Industry Association of America, she is the third-best-selling female artist in the United States, with 63.5 million certified albums.

As of today, May 15, 2015, marks Mariah's 25th anniversary in the business and to celebrate this and the #18 #1s under her belt lets get her a star....LAMBILY NOW IS THE TIME TO SHOW YOUR SUPPORT FOR THE VOICE...
After this petition is signed I will be in contact with her managment company further in getting their ok for a nomination so I can send in all appropriate paperwork to Hollywood's chamber of commerce...
Thank you lambs, hope we get this ball rolling...