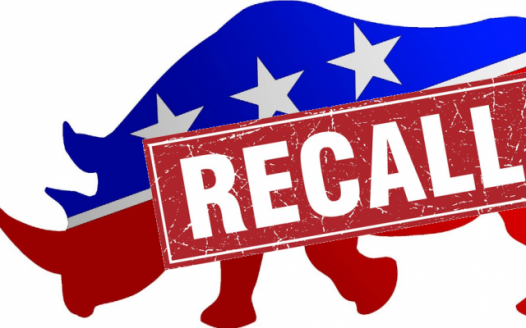 WHEREAS: For far too long, Helena insiders and the political establishment have controlled the legislative process. For sixteen years, Llew Jones and other Solutions Caucus members have routinely sided with Democrats to thwart Republican House leadership.

WHEREAS: During the 2019 Legislative session, this handful of Republicans joined with Democrats more than two hundred times to grow government, raise taxes, and hand Governor Bullock nearly every item on his far-left wish list.

WHEREAS: In the 2020 Primary, grassroots Montanans turned out in great numbers to vote these liberal Republican the “Democrat Wing” out of office resulting in Rep. Jones losing seven of his loyal supporters. In the General Election, conservatives created a Red Wave by winning every statewide office and giving Republicans a supermajority in both the House and Senate.

WHEREAS: Voters were clear: They want the lower taxes and smaller government which Governor-elect Gianforte has pledged to implement.

WHEREAS: Instead of putting conservatives in charge of the state’s budget, new House Speaker Wylie Galt (who won his speakership by one vote), has placed Rep. Llew Jones’ as chairman of Appropriations, perhaps the most important and powerful committee in the Montana House of Representatives.

WHEREAS: After 16 years of Democrats controlling the Governorship, we deserve an open government process. This must start with an open-ballot [Roll-Call vote] for a new election for Speaker of the House. Voters deserve to know that Republicans will act according to the conservative mandate granted them in the 2020 primary and general elections.

WHEREAS: We have lost confidence in Rep. Galt for placing a Solutions Caucus fake Republican in a position of powerful leadership as one of his first acts as Speaker of the House.

WHEREAS: In order to restore integrity in our state government, we are calling for a new election for 2021 Speaker of the House – with legislators publicly stating on record their choice so that they might be held accountable for that vote in their next primary.

THEREFORE: WE THE UNDERSIGNED VOTERS OF MONTANA REQUEST THAT THE REPUBLICAN LEGISLATIVE CAUCUS REVISIT THEIR VOTE FOR HOUSE SPEAKER AND HOLD AN ELECTION OF RECORD WITH EACH LEGISLATOR PUBLICLY CASTING THEIR VOTE.