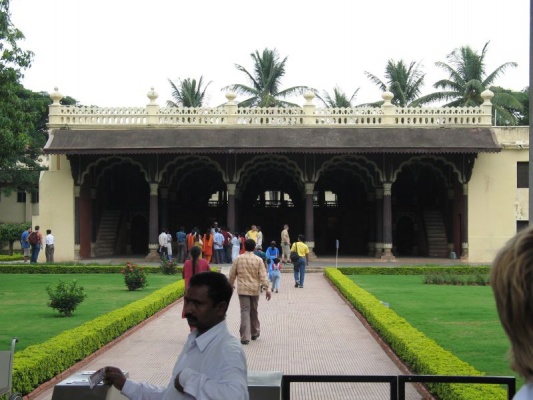 In continuation to the acknowledgement of Department of archaeology of having found the Tipu Sultan’s armoury Cannon’s which is of historic significance and inline to the displaying of Tipu era Cannon’s of Tipu armoury at the KR Market Station from Bangalore Metro Railway Corporation Ltd with the idea to recreate a historic ambience along this metro line.

As a civilized society we hail the responsibility to preserve our heritage.

With the repetitive documentational proof such as cannon’s being discovered,availability of Tipu Sultan Summer Palace, Tipu Armoury it is absolutely clear that this was the property of Tipu Sultan which over a period of time has been acquired, We urge the Government of Karnataka to Name the station as Tipu Sultan Palace station as a remarkable respect to the innovator of Rocket armoury and cannons, a true statesman and far sighted vision of his time.

With the intention to preserve the rich cultural heritage of our State, the history has to be preserved enabling the future generation to learn from the accomplishments of the past and to ensure Socio and Economic growth which would lead to the development of the country.

As you are aware, Our motherland has given birth to several Great legends and one among them would be “TIGER OF MYSORE” TIPPU SULTAN, A great statesman, an able administration, a innovator and visionary Entrepreneur of his time.

A mass petition signed by the Citizens comprising of 1,00,000 signatures has been herein with attached for your kind consideration.

With the intention to provide equal importance to the historic figure, we entrust that our request will be obliged since inspite of giving soo much to the nation/state and no significant places has been named after Tipu Sultan.

We place a humble request to name this metro station as TIPU SULTAN SUMMER PALACE station.