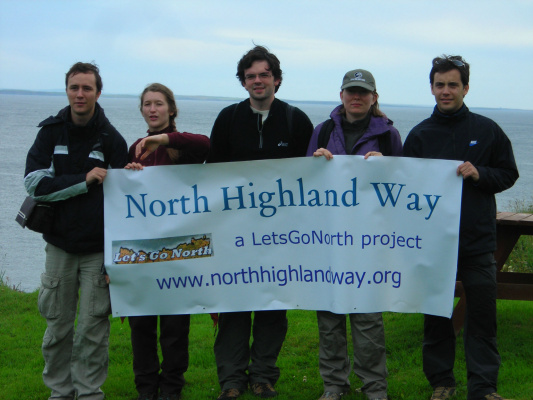 Highlands and Islands Enterprise should be disbanded

In 2000 my partner and I bought a B&B and tearoom on Dunnet Head. Over the next 15 years, CASE and then HIE continually blocked our projects, wanted everything for free and then wondered why when we sold that the property, the money did not remain in Scotland.

They are now instrumental in blocking the project the North Highland Way. They have asked for feasibility studies, business plans and my 15 years of research for free but have told me categorically that there will be no money for the North Highland Way, which would be the only multi use route in Scotland going from John o Groats to Durness. This North Highland Way was first proposed by the Caithness Waybaggers in 1992, and I took up the project in 2008 backed by 40 businesses and many signatures of support.

They did after all provide money to the NHI for the development of the NC500 with no feasibility study or business plan, and now the Highland Council have major problems with road maintenance and increased traffic. There have been two studies done so far - one by Stirling University on the impact of the NC500 on the local population and the other by Cambridge University on the impact on crofting communities. There was no community consultation - it was just announced. The North Highland Way, however, did have a community consultation funded by the Highland Council. The North Highland Way will take into account sustainable tourism, not driving round the Highlands in vehicles using energy.

In general, I am not for centralising services, but on this occasion I think the First Minister is correct and they should be disbanded, or at least replaced with a less obstructive organisation which actually understands business and economics and the fact that time=money. How hard can it be for HIE to organise a simple meeting of public services? I have had to resort to the SPSO to ask them to review the documentation I sent them. Clearly HIE did not provide it to them as no doubt it was requested. Nor did they even have the specification of the project to hand when I had a telecon with them in May. That is how interested they are.