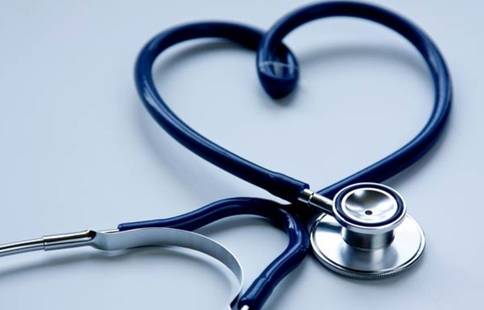 * Please note: Duquesne has changed the HESI Exit benchmark from 925 to 900 this past week in response to our efforts through discussion and formal appeal letters. While we certainly appreciate this attempt to consider our thoughts and opinions, we feel a reduction of 2.7% of the score is very minor and not an appropriate response to our appeal.

Accordingly, we plan to continue our efforts through public opinion.

We, the nursing students of the Duquesne University School of Nursing, will stand for our rights regarding the fair use of standardized testing, in order to fulfill our dreams of becoming BSN licensed registered nurses.

We firmly believe the reasoning behind the use of Duquesne University School of Nursing requiring 4th year nursing students to meet specified benchmarks on two HESI examinations (a score of 800 on HESI Med-Surg and 900 on HESI Exit) is dependent on the school’s desire to increase their NCLEX pass rates. It appears that School of Nursing at Duquesne is concerned at the risk of losing their accreditation as a nursing program – a possibility if their NCLEX first-time pass rate drops below an 80% (as it has been extremely close to in recent years, at approximately 80.77% in 2013). Additionally, it is evident they desire an increased NCLEX pass rate in order to increase it’s ranking among nursing schools and attract more potential students into their program. The Duquesne University School of Nursing is therefore using these HESI examinations to enhance their NCLEX pass rates by eliminating students from the test pool during their final one or two semesters of the program. Regarding the HESI Exit examination, students who do not reach the 900 benchmark are eliminated from this test pool, only days before graduation. While Duquesne’s latest NCLEX pass rate was 88.57% in 2016, this number is falsely inflated by eliminating nursing students who are perceived to be “at risk” of not passing NCLEX on their first attempt.

We, the nursing students of Duquesne University of School of Nursing, are asking to be heard and for our thoughts and opinions to be considered. We are not aiming to get an additional attempt to achieve an 800 on the HESI Med-Surg examination. We are not striving for the outcome of reducing the HESI Exit examination benchmark of 900 to 850, 800, etc. Our goal is to completely revoke the use of the HESI examinations being used as a condition to progression and graduation.

We support the use of HESI examinations, both specialized tests and the exit exam, to be used as a means of preparing us for the NCLEX, in addition to evaluating our readiness to sit for the examination. However, we do not support the way the Duquesne University School of Nursing is using these examinations to the programs benefit but to our expense of being denied from obtaining our well-earned degrees.

These arbitrary HESI benchmarks were imposed late in the program (fall of 2016). It was not until after the Class of 2017 was admitted into the program that the School of Nursing imposed standards requiring students to pass two separate HESI examinations in their senior year as a condition to progression and/or a condition for graduation or as a prerequisite to sitting for the NCLEX. These standards were not mentioned in the 2013 or 2014 School of Nursing handbooks. We understand that many faculty members were opposed to this high benchmark. Despite that, it was adopted.

The result of the imposition is that failure to achieve a benchmark (artificially determined by the School of Nursing) can and has prevented students from progressing to their final semester or from graduating – no matter the body of work demonstrated by the student over the course of the 4 years. Approximately 47 students, or over 25% of the class of May 2017, have been directly affected by this change in policy.

Withholding of BSN degrees, which have been earned, and thus denying the opportunity for licensure, has led to a number of repercussions. This has cost students jobs, forced students to pay addition tuition and incur additional costs in retaking the exams, which often requires the student to retake the class, and, even more significantly, a human toll on the students. This has led to unwarranted distress and discouragement for many, if not all, of the students affected by this change in policy. Further, this has led to students seeking professional help from the medical community and being placed on prescription medications. In total, this has placed a detrimental impact on all students involved.

Additionally, this change in policy has placed a negative perception of hiring new graduates from Duquesne’s nursing program. At least one hospital administrator that we know of has stated that he will be reluctant to hire Duquesne grads because of this situation.

While the benchmark of 925 on the HESI Exit examination was established by the School of Nursing about halfway through their program, the data from HESI shows that a student getting a 700-799 still has a 86% chance of passing the NCLEX. This is well within the standard set by the PA State Board of Nursing. The benchmark of 925 is clearly arbitrary and capricious.

Despite the fact that most of us students would pass the NCLEX based on HESI pass rate data, we will be unable to ever take the NCLEX. Even worse, we now will not be able to ever get our degrees from Duquesne University, nor will we have the opportunity to transfer to another school to get our degrees in nursing. After doing thorough research, we can conclude that we are too far along in our education and will not be considered for transfer by any other nursing school.

There is a divergence in scoring achieved by students in multiple attempts of taking the exams, as HESI scores fluctuate widely, with no apparent or discernible tie to any academic event. When students who are at the top of their class with a GPA of 3.5 or higher and cannot benchmark on the HESI in accordance with Duquesne’s standard, it is not an indication of the students unintelligence or incompetency to take this test, inadequacy of: (1) the curriculum, (2) the professors, and/or (3) the test itself.

We are in agreement that the HESI examinations are not reflective of the content taught and studied throughout the nursing courses we have taken over the past four years. The HESI examinations are also not reflective of the content books and practice questions that we are encouraged to use in preparation for the exam. Since year one of the program, we have been practicing taking and creating “NCLEX-style questions”, which are different than HESI. In addition, we participate in ATI and Kaplan review courses as a part of the program, which prepare students for NCLEX, not HESI. They are two very separate examinations with different rules and different styles of testing.

We are aware that professors must prepare us for the HESI examinations to their best ability, as they do not know the specific content/questions that will appear on the test. However, it is extremely frustrating that professors cannot always answer the questions we ask in class, and when they do, they often provide us with answers that contradict our textbooks (written by Elsevier, the company that writes HESI). When voicing our concerns that we feel there is information on the test that we have not learned or are not able to figure out, we are encouraged to use our best “test taking skills” and make our best guess. We should not be held accountable for achieving an exceedingly high score on an examination that promotes guesswork. Furthermore, when asking about specific content/questions seen on HESI examinations, professors will state they have not heard of a certain topic that appeared on the test, or will state they believe the selected “correct” answer on the test was not correct and must have been a mistake. It is unjustifiable to have our college degrees and future careers jeopardized by such an examination.

It is important to understand that the Duquesne University School of Nursing’s dependence on high stakes testing as a measure of progression/graduation is not endorsed by Nursing Organizations such as the Commission on Collegiate Education (CCNE – Duquesne’s accrediting body) and the National League for Nursing(NLN). We do not believe it is acceptable to use HESI as a determining factor for progression/graduation based on a single examination, when it is not supported by the academic literature, nor in-line with the purpose behind the HESI exam. [See below: “Research”]

We are aware that other universities nationwide have tried to misuse the HESI in similar ways, yet they have seen the error of their ways and have had the wisdom to correct that situation. (We hope that Duquesne will do the same.)

We, the nursing students of Duquesne University School of Nursing, will fight until we receive justice for ourselves and for future nursing students. We know that one of the main roles of a nurse is to act as a patient advocate. But until we are able to obtain our degrees needed to sit for the licensure examination to begin practice as a registered nurse, we feel we must stand up and advocate for ourselves.

We have brought our concerns to the attention of our nursing professors and the Dean of the School of Nursing, in addition to the Provost and President of Duquesne University, through meetings and official appeal letters. We asked them to consider action regarding the newly imposed HESI graduation requirement that has resulted in significant (we believe at least 25%, perhaps higher) portion of the 2017 School of Nursing Class being unable to graduate as planned in May 2017. As a result of dismissal of our beliefs and arguments with no consequent change, we have decided we must bring this issue to the attention of a greater number of people in order to pursue further action.

Your signature represents your agreement to support a change in the current implementation of the HESI examinations in the nursing program at Duquesne University, promoting the use of the HESI examinations only as assessment tool and not as a requirement for progression or graduation from the nursing program at Duquesne University.

On behalf of all past, present, and future Duquesne nursing students,

Article: The Promise and Peril of High Stakes Tests in Nursing Education

Letter to Deans and Directors of Nursing Schools

Pamela Randolph, Director of Arizona State Board of Nursing, 2016