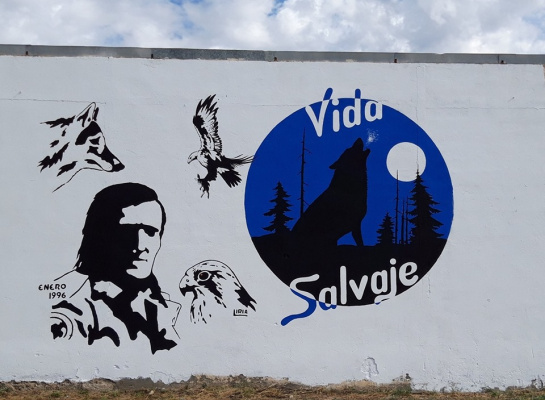 We request protection as a Natura 2000 Special Protection Area (SPA), Proposed Site of Community Importance (pSCI), Site of Community Importance (SCI) and/or Special Area of Conservation (SAC) of the riverbed of the Almanzora River in the municipality of Cantoria, since this area is a habitat of vulnerable species, such as the North African hedgehog, the European pond turtle, the Spanish pond turtle, the European wildcat, the Greek tortoise and the Mediterranean chameleon, among others. According to the General Report of the GENERAL PLAN OF URBAN PLANNING OF THE MUNICIPALITY OF CANTORIA (ALMERÍA), «in the municipality of Cantoria, there are currently no areas proposed as an SPA or as an SCI […] Notwithstanding, COUNCIL DIRECTIVE 92/43/EEC of 21 May 1992 on the conservation of natural habitats and of wild fauna and flora establishes some "natural habitats" and "priority natural habitats types" in the municipality of Cantoria. These spaces are protected for the reasons specified in Article 1b) and d) of the aforementioned Directive». In Cantoria, these spaces include habitat type 24.53 “Intermittently flowing Mediterranean rivers” in the Almanzora riverbed. We request the processing on behalf of the editorial team of the PGOU for Cantoria of the inclusion of the riverbed of the Almanzora River as part of the Natura 2000 sites/areas, since we in this space find vulnerable species included in ANNEX II, ANIMAL AND PLANT SPECIES OF COMMUNITY INTEREST WHOSE CONSERVATION REQUIRES THE DESIGNATION OF SPECIAL AREAS OF CONSERVATION, and in ANNEX IV, ANIMAL AND PLANT SPECIES OF COMMUNITY INTEREST IN NEED OF STRICT PROTECTION of said Directive, such as: Emys orbicularis (European pond turtle) Mauremys leprosa (Spanish pond turtle) Testudo graeca (Greek tortoise) Erinaceus algirus (Atelerix algirus) (North African hedgehog) Felis silvestris (European wildcat) Chamaeleo chamaeleon (Mediterranean chameleon) In addition, we find birds listed in Annex I of DIRECTIVE 2009/147/EC OF THE EUROPEAN PARLIAMENT AND OF THE COUNCIL of 30 November 2009 on the conservation of wild birds. Pursuant to its Article 4 “1. The species mentioned in Annex I shall be the subject of special conservation measures concerning their habitat in order to ensure their survival and reproduction in their area of distribution”. These include, among others: Aquila chrysaetos (Golden eagle) Turdus merula (Common blackbird) Perdix perdix (Grey partridge) Oenanthe leucura (Black wheatear)