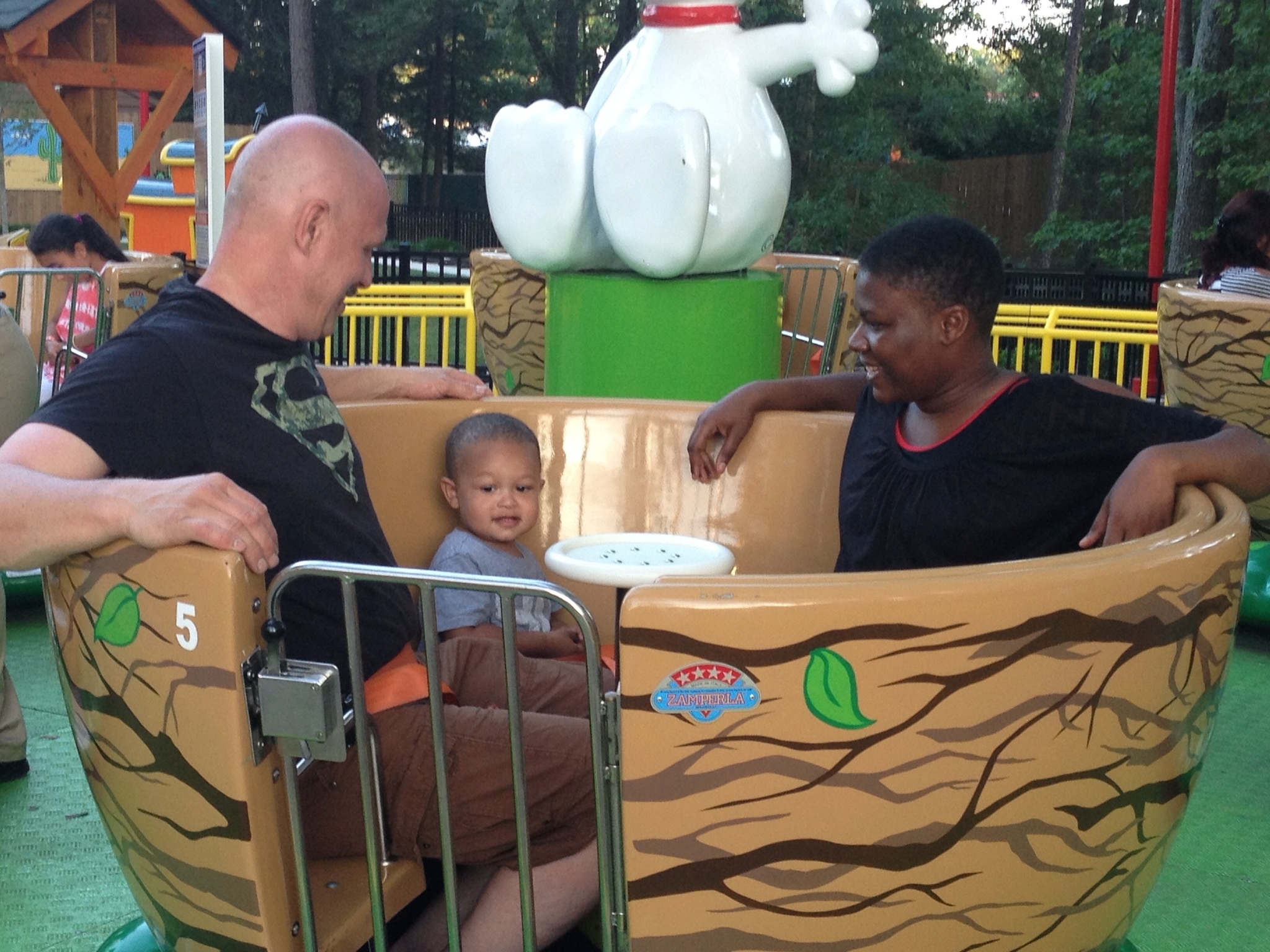 Help to petition a mother and a wife of a US citzen to keep her family.

My name is Rachel Watson born and raised in Tanzania, been married to an American citzen and have a 3 year old US citzen son. I came to the US in 2002 for school and which, I did go for a year and half. After that, I moved to Columbus, OH to further my education at Franklin university.
My twin sister and I met a man who gave us wrong info to file paperwork for immigration to get legal. Being naive and not knowing the law of the land it got us into trouble.
It started with me being scheduled to go to court and was not prepared to go because I had received the notice a bit late. And, I had asked my attorney at the time to change the date to give us more time to get ourselves prepared and I even paid more money for him to take care of it. Two months later, ICE came to my apartment early in the morning around 5am and took me downtown , columbus, Oh and they told me I was going to jail because I never showed up for court. It was devastating because I thought my attorney had taken care of it. At that time it was my word against mt attorney. I was put in jail for 3 months. While I was in jail, my family was able to get me a lawyer, who said would help and didn't. She took, our money without doing anything for me.
When I was released from jail after 3 months, the immigration judge had ordered deportation/removal from the US. I never got the chase to appear in court and explain my case due to the attorney failure to deal with case and inform me.
I have been married to a US citzen for four years and have a 3 year old son. My husband works to take care of us and I am not able to work at this time because i don't have the right paperwork until I am done with my filling. When I had my work permit, I worked and paid my taxes. I am not a criminal, I am a wife, a mother, daughter, sister, and a friend. Immigration is trying to deport me back to my country. I don't want to break my family up. My son needs both his parents.
My husband is not able to just pack up and leave to follow me to my country because he has a business, and when he comes to Africa how will we survive?
I recently lost my twin sister, whom I was very very close with and she left an 18 months old which my husband and I help my brother in law to care for because he has to work. If I get deported coming back to the US will be harder. And, I want to be part of my nieces life and help my brother in law to care for her.
I have recently acquired a new attorney who knows what he is doing. He has been in business for 34 years. My attorney would like time to see through the situation rather than deportation.
I need your signature to help me petition to keep my family together.
thank you
Rachel Watson