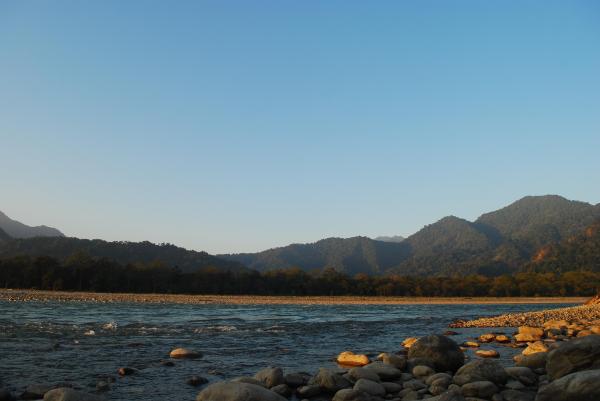 Help the Forest Staff get justice

What would you go through when your beloved forest that you so dearly love is in danger I guess alarm bells start ringing, I’m going through this right now, help me to help my forest.

Manas Tiger Reserve located in a remote corner of a north eastern state in India has been in the news time and again for wrong reasons, reasons not that hard to fathom. Manas is a Tiger Reserve, a National Park, a UNESCO Natural World Heritage Site, an Important Bird Area and an Elephant Reserve.

Read this Article recently published to get a better picture of the state of affairs in Manashttp://www.telegraphindia.com/1140421/jsp/northeast/story_18261951.jsp#.U2qYj_mSySp

The Park has been in shambles for almost two decades from late 1980's to early 2000 during which we all remained as mute spectators except for a handful of individuals who stood-by the difficult period through thick and thin. When Bodoland Territorial Area District was formed in 2003 after which a ceasefire was called for, things slowly but gradually started coming back to normalcy.

However it has not even been a decade since it started recuperating Manas is taken to task again. In the recent disturbances that occurred in and around Manas Tiger Reserve 7 members of the Forest Department including a Ranger was accused of burning down a hamlet in the Buffer Zone of the Park and killing almost the entire population of more than 30 and torched down 50 huts with the help of anti-social elements.Even though they are innocent they are all behind bars and if we don’t act now the matter might spiral out of our control and they might be given severe punishment for no fault of theirs.

Such atrocities and killings of this magnitude are unthinkable and should never happen to anyone or any community irrespective of creed, color or language. It has to be widely condemned and the Authorities have to see to it that such evil acts do not occur anywhere.There is absolutely no concrete evidence of the involvement of the Staff members in this doing and something like this has happened before too in other places like Sonai Rupai Wildlife Sanctuary and in Orang National Park. In a fit of rage locals are quick to accuse the Forest Staff especially in areas where the presence of anti-social elements cannot be ruled out, as it is difficult for the locals to fight against the anti-social elements the Forest Departments usually ends up taking the brunt of the ire of the locals.

The Staff members including rest of the Forest Department need our help in this hour of need. If we as wildlife lovers do not act now to show our concern for the Staff members and their families when will we act? The government is even considering taking away all the arms given to the Forest Department in Manas, it send shivers down my spine when I think about the devastating consequences that will unfold if this happens.

We need atleast 20, 000 people to sign our Petition to get their attention.

It is with great earnest that we appeal to you to help the locals get justice, bring the real culprits to book and get the wrongly accused Staff members the much needed justice so that they can go back to their eagerly waiting families. Why on earth would they commit such a heinous crime and return to duty the next day without any fear whatsoever, these men have been instrumental in helping the Park get back to its feet but now they are helpless and in need of great help, if you turn your back on them who else will they rely on.

Please send this Petition to Rockybul Hussain, Forest Minister of Assam, he can be reached atmin.envfor@assam.gov.inandrockyhussain.min@assam.gov.in