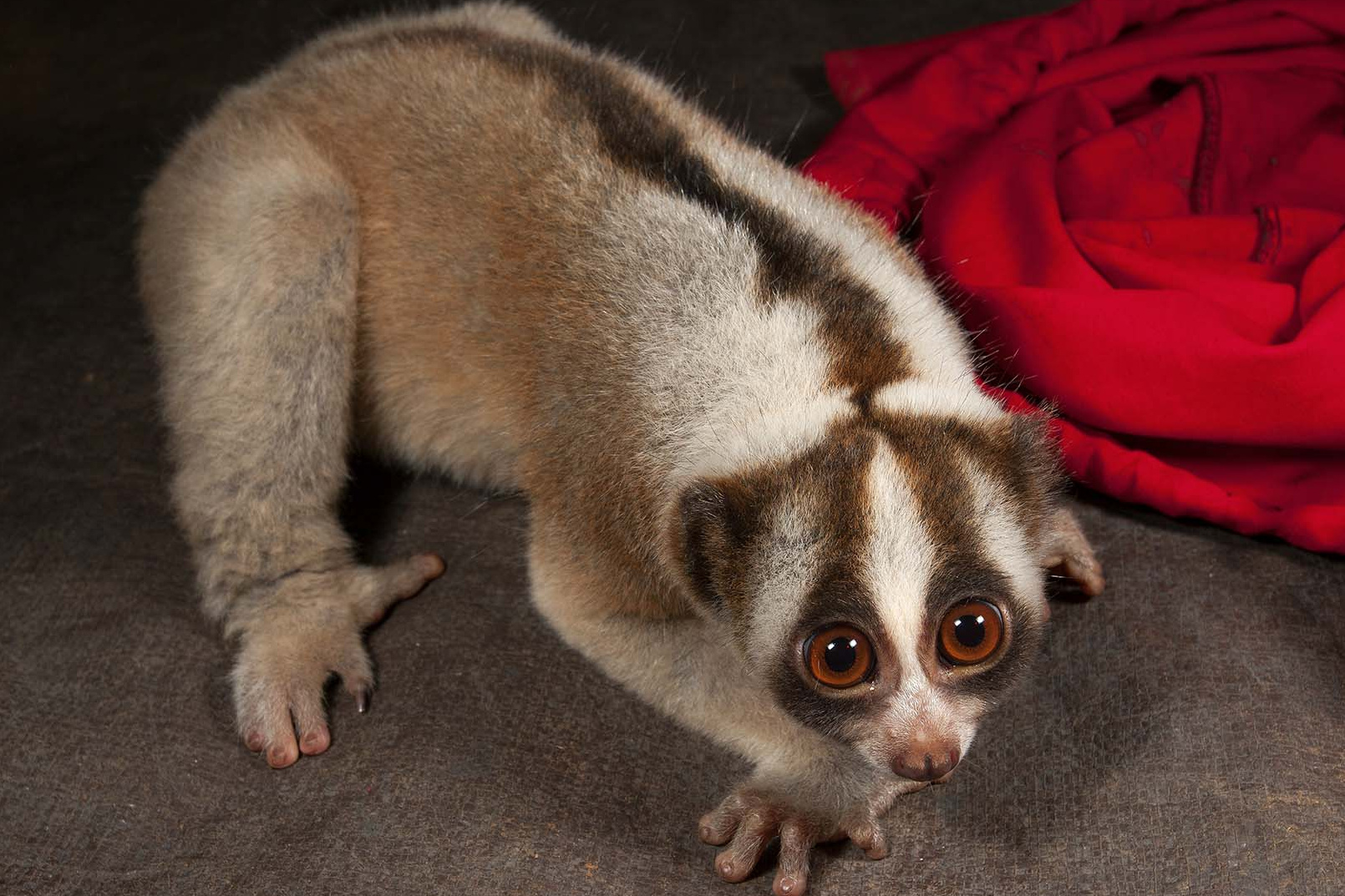 Help Stop the Abuse of the Slow Loris.

Most of us have seen the video of a slow loris being tickled. Many of us thought it was cute and laughed about it, but we don't know the truth that the Loris in the video is tortured and horrified, and tries to protect himself by raising his hands and trying to collect venom inside his elbow's gland, but the worst of all is that these videos are fueling the animal trade. Their teeth are often cut off with nail clippers or pulled out with pliers to prevent the loris from injecting venom into its handlers and future owners, most of the times with out any anesthetic, resulting in many deaths because of infections. What if i told you that many lorises die because of malnutrition, that bright lights hurt lorises eyes, and that at night slow lorises travel great distances, do you still think it is okay to keep slow lorises in cages? If you would have seen what the international animal rescue vets have seen, you would know that animal trades need to stop. Stand with us and help expose the truth, because together we can end the suffering. Thank you.