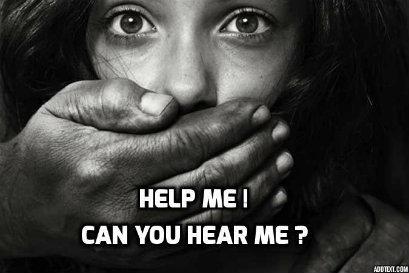 Human Trafficking is the fastest growing crime worldwide. It is currently ranked 2nd right behind, Illegal drug sales. Around 27 million people are trapped and enslaved in to Human Trafficking as of 2013. Human trafficking had multiple sides to the crime. It can be labor trafficking, which is having the victims work against their will and not even getting paid for all the hard work they are putting in. Then there is the Sex trafficking side which is forcing the victims to prostitute themselves and becoming a sex slave to make money for the offender.

The United States created the Trafficking Victim Protection Act (TVPA) in 2000 to help the traffickers who are not from the U.S. to give them a chance to live their lives. It has been reauthorized as of 2013.

Today, we as citizens of The United States should put a stop to Human Trafficking by helping pass House Bill 262, also known as "Safe Harbor Law". The Bill will give more protection to the victims and put the offenders behind bars for the heinous crimes that they have committed. Effects of the system if the Bill is passed:
Penalties and Prosecution:
•Raised the penalty trafficking in persons to a first degree felony
Mandatory minimum- 10 years•Sex traffickers must register as sex offenders(Tier II)
Adult traffickers must register
Cannot live within 1,000 feet of a school
•Obstruction of Justice 2nd degree felony in human trafficking cases

Protection for the Victims:
Created a diversion program for juvenile victims of human trafficking
•Judge can sentence to diversion to receive protection and treatment they need through the juvenile justice system
Prior convictions of prostitution or solicitation may be expunged
Allows victims to pursue civil damages against a pimp or trafficker

Please help the victims who are enslaved into the crime of Human Trafficking. Everyone has the right to have their freedom so lets begin now!!