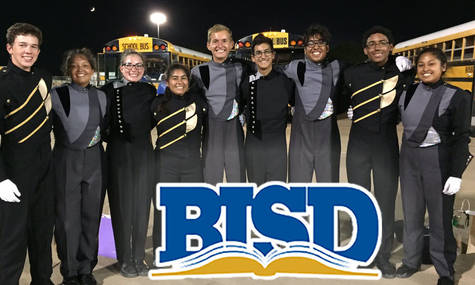 After another great season by all the BISD Marching bands, the 2017 season is coming up fast! This past year, all the schools attended the Bands Of America Super Regional in St. Louis, Missouri. They had the great pleasure of bumping into one another along with watching each school's show during the competition.

With as much fun as all the kids had in St. Louis, I think it would be an amazing experience if all 3 schools went to Grand Nationals next November. This contest would allow each student the pleasure of competing with the top bands around the country! Along with getting to experience it with their fellow BISD Band Family!

Please sign this petition to hopefully allow the students of the BISD Marching Bands the great honor of performing at the 2017 Grand National Championships.