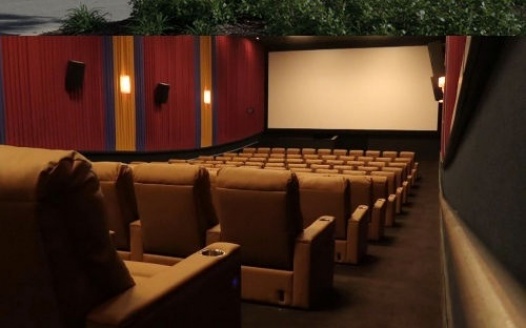 Naperville's second Costco store means the Ogden 6 Theatre, which has been located in the same strip mall on Ogden Avenue for more than 40 years, will have to close. Did I mention that there are 16 Costco’s in Chicago and the suburbs and 5 of those are within a 20-mile radius of Naperville!

DAVID & GOLIATH – the theater was recently upgraded to add heated reclining seats, new screens, a new sound system plus an updated lobby and for decades has been known for its low ticket prices to first-run movies. All tickets cost $5 before 6 p.m. and adult tickets are $7.50 after 6 p.m. Free refills on popcorn and drinks make this one of the most affordable movie experiences for families and senior citizens.

While Classic Cinemas and the city of Naperville are hoping to find a new location in the area to which the movie theater can relocate, why should they have to – it’s a huge mall with plenty of room for both. COSTCO, please do the right thing and reconfigure your design to include OGDEN 6 MOVIE THEATER. Let me remind you of the fate of Macy’s when they took over Marshall Field’s. Loyal customer’s steered clear!