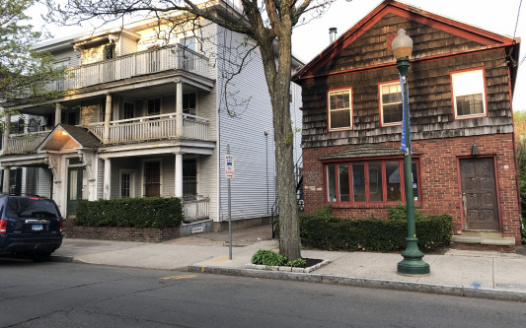 We, the undersigned, urge the Attorney General, the State Historic Preservation Council and the New Haven Historic District Commission to oppose demolition of 95 Howe Street and 97-99 Howe Street in the Dwight Historic District in the City of New Haven, CT. Both buildings are listed on the National Register of Historic Places and contribute to the Dwight Historic District. Their scale and character are in keeping with the buildings on their block. 95 Howe Street was built by local developer Henry Dougal in 1833 and retains some of the original details of its Greek Revival style origins. 97-99 Howe Street, built in 1845 in the Italianate style, was once home to Rev. Amos Gerry Beman, a nationally important African American abolitionist, suffragist and temperance reformer. A few years later this house was a Ladies Seminary run by Rev. Heman Bangs and his wife Sally. Rev. Bangs was one of the foremost Methodist preachers of his day. These buildings cannot be demolished as of right, since the City has a 90-day stay of demolition for structures contributing to a National Historic District. Note: the 90-day period began on May 3, 2019.