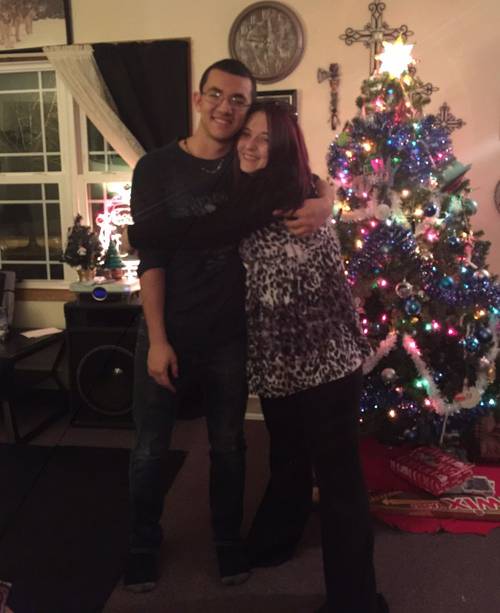 Help rescue the future of a rare, respectable, young man

My 16 year old son, DOB 06/22/1999, got into trouble back in October while driving down the road with a friend of his. Basically, he was speeding and a cop went to go pull him over and when he saw the cop lights he panicked and freaked out and began to elude the cop, totaling approximately 1.2 miles distance. He ended up crashing into a fire hydrant. The cop estimated that he was going between 90-100 mph but again the cop is just estimating and his dash cam was not on. My son wasn't under the influence of any drugs or alcohol, he was just a very very scared child. Nobody was injured thankfully and the fire hydrant was covered by my insurance however my car was not. The city is now charging him with a felony as an adult and the statues do allow for an expungement given that it's considered a traffic offense however the DA is opposing this and yes the DA is going through with the charge. They found no drugs at the scene nor does he even do drugs and a hair follicle drug test proved this Again, his actions were that of very very scared child which has began to see a therapist due to this traumatic experience and to help him cope with his anxiety. He wrote an apology letter to both his friend's dad as well as the cop and we supplied tons of letters from different people stating that Antonio's behavior that night was not him. He doesn't have any priors, has never been into any form of trouble EVER, he works part time, he wrestles, he doesn't skip school, gets good grades, doesn't smoke, drink or do drugs, and is seriously a really good kid but despite that, they are treating him like he is a criminal instead of as a scared child and the DA is refusing to even consider amending the charges. They are willing to destroy a very well mannered young man, something that is extremely rare in today's generation. My son is very very scared. He cries everyday and his remorse is seriously leaving him crippled with words whenever attempting to vocalize how sorry he is. With the combat of his lawyer, my husband and I and with the help from all of you, maybe my son's future can be saved from being labeled a felon for the rest of his life over one mistake. The DA is only looking at his crime when no serious damages occured and not him as a person. They are disregarding his well being and mental health just to make their case. They are wanting to destroy a good child and possibly put him in a dangerous environment and if sentenced after he turns 17, he could go to Waukesha county or Huber with grown men and ignoring the fact that he just turned 16 in June and he didn't do what he did to be a punk or because he had something to hide, he was simply scared and panicked. His friend and his friend's dad are not wanting the felony charge. I know we all believe in people being allowed a second chance in life especially a child, a child whose character displays compassion for those around him and whose actions screams out success but none of that matters because of one bad choice out of fear? How is destroying him as a person, especially being so young, Justice? It isn't. I am asking you to sign this petition, pledging that my son's felony charge be amended without incarceration due to his outstanding record of being a wonderful teenage boy with a promising future, a rarity in today's generation. Please help save my son. Please also see highlights.