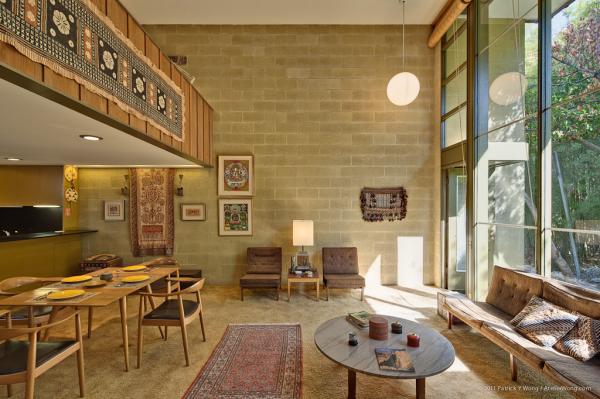 The Cranfill Beacham Triplex by Harwell Hamilton Harris is up for historic zoning, which would protect the property in perpetuity. Please join the petition and show your support NOW!

The triplex was designed by renowned architect Harwell Hamilton Harris, and former dean of the UT School of Architecture, who is known for the development of a ‘Liberative Regionalism’ which changed domestic design in the United States through its fusion of international style functionalism and the naturalism of Frank Lloyd Wright. His life and work have been chronicled in several books, including a catalog produced by the Center for the Study of American Architecture, and a book authored by Lisa Germany.

The Cliff Street apartments are a beautiful synthesis of Harris’ highly developed California idiom of light wood construction combined with a sensibility for masonry walls that shelter occupants from the Texas sun. As Lisa Germany states, “the concrete block apartments held out Harris’s favorite surprise: a rich and private exposure to nature. Quiet and elegantly functional, they are among his best work.”