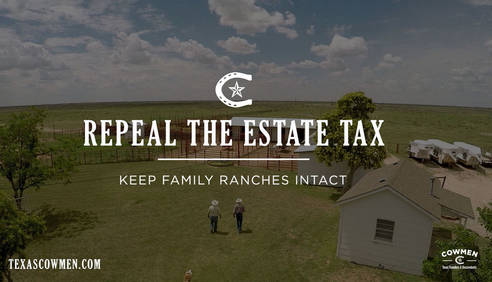 Legacy family ranches, some that are over 100 years old, are facing the ultimate fight to stay intact due to the obsessive federal estate tax. Cattle ranches need large amounts of land for gazing. Land that often has no value outside of livestock cultivation. Upon the death of a rancher, the estate tax kicks in at 55% the value of the land. Keep in mind that the land has already been taxed and paid while the rancher lived. The 55% "death tax" is due within nine months of rancher's death and it is forcing mulit-generational ranchers to sell off legacy land to pay the cash-only tax. The loss of the land means less cattle that can be raised. Less cattle raised means less revenue for the family, and a downward spiral starts to occur in which a family is penalized for being a productive, family owned operation. Help to revise the estate tax to exempt family-owned ranches.

WATCH the documentary. PLAY the video game. JOIN the community.