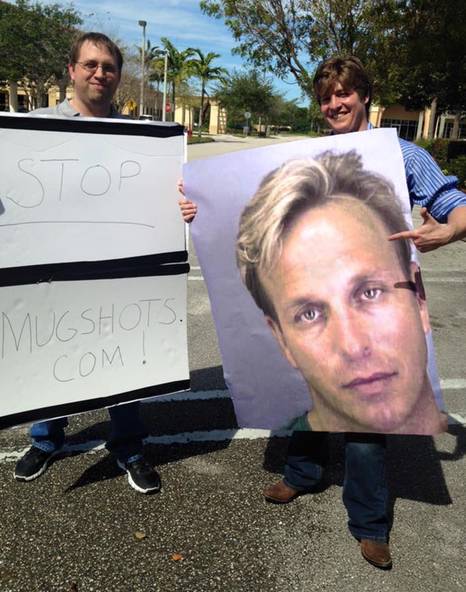 506 people have signed this petition. Add your name now!

Online removal scams have plagued American citizens all over the country for several years. Many local Sheriff’s Departments will post mugshots of people who were arrested, and some of these people will have never committed a crime. Some may be found not guilty, and in some cases people will have their records expunged/sealed by the courts.

This was never really a problem, but when mugshot websites came along (one of the worst being mugshots.com) they started charging hundreds of dollars to remove your mugshot. Some records on the site also include your address, and in some cases a google maps image of the front of your house. Again, To remove this information from these sites as well as search engines it costs several hundred dollars. If you do not pay this, they would will leave your mugshot up for the world to see even if your had have paid your debt to society, found not guilty, or if you were arrested by mistake.

To them it does not matter; they only want money!

Some States have passed laws against websites like these making them illegal to charge, yet some states have yet to pass a the law. One state being Florida where they have broad sunshine laws to protect freedom of speech and freedom of the press. While this does help some individuals, it cripples the future of others in the event they go looking for a better job.

This is a petition to the President of The United States, United States Congress, and Law Makers lawmakers to work together on a bipartisan bill that will help all victims of this site.

You can also visit

http://classactionagainstmugshotwebsites.com and find out more about what is being done about these sites!

As we did out research on this we found many petitions opposing mugshot sites. This petition will be known as the “No Mugshot Living Petition.”

The petition’s goal is to help everyone affected by mugshot websites. In an effort to raise more awareness to this cause, the “living petition” will occasionally feature examples of current sensationalistic mugshot articles in the media.