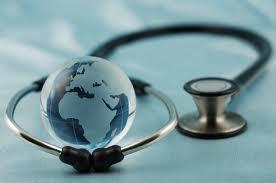 The job list for skilled workers included physicians a couple of years ago in response to a perceived demand for doctors all over Canada, especially for remote areas. Some provinces, such as Saskatchewan and NB, have eased their provincial regulations to let these immigrants begin working in the market as soon as they can prove their qualifications.

The BC College of Physicians and Surgeons, despite an obvious shortage in practicing physicians, has not facilitated entrance of qualified doctors to the market yet. Thus, Even an international medical graduate who has passed the general evaluating test ( that assesses overall medical knowledge of a doctor ) and is able to use English language perfectly, is required 24 months of medical internship in her/his education records to be able to apply for a provincial license.

There are many immigrant doctors who have years of work experience and have passed the mandatory rotations such as internal medicine, pediatrics and gynecology, and can practice in the healthcare system effectively but they have less than 24 months internship in their resume.

Now, a lot of British Colombians have not access to any kind of professional healthcare just as result of what mentioned above. The College of Physicians and Surgeons can facilitate this by lowering the required months of internship to 18, like many other countries, to let these disappointed immigrants who could pass their professional evaluation exam start serving people as they have been supposed to do when they were accepted as doctors to immigrate to Canada.

By signing this petition we ask the BC College of Physicians Surgeons to revise its regulations to let people access to better healthcare now.