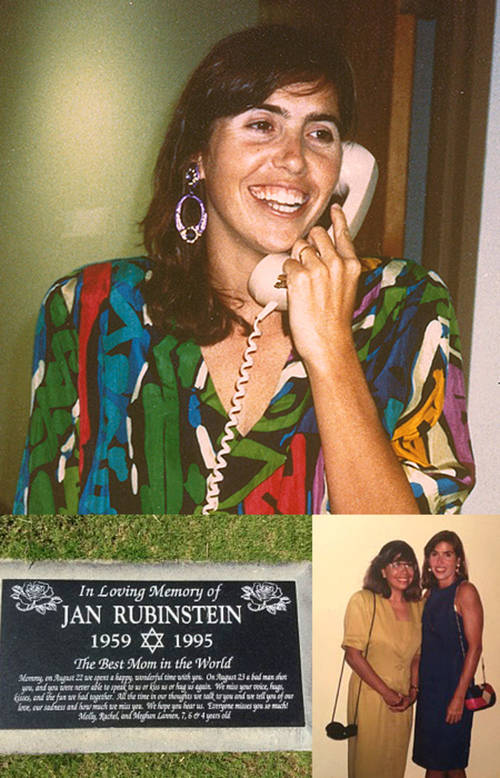 Friends and Family of Jan Forever: Deny Her Killer's Parole

To all Friends and Family of Jan Forever,

We are very pleased to announce that the Guam Parole Board again denied the parole request of convicted murderer Cesar Dizon.

Thank you all for your support; it was very powerful testimony at the parole hearing.

We will be asking you to sign-in for next year’s hearing, around January 2018. Please be watching for our next petition.

We, the Friends and Family of Jan Forever, petition the Guam Parole Board to DENY the parole request of convicted murderer Cesar Dizon.

On August 23, 1995 Jan Rubenstein appeared in court to represent Dizon’s wife in a bitter divorce case before Judge B.J. Cruz. After the hearing Dizon followed Jan back to her office where he waited until she exited her car. He followed her as she ascended the stairs to her office, approached her from behind, and shot her in the back of her head.

Jan lay in a coma at GMH and was sustained on life support for 4 days until she died in the early morning hours of August 27, 1995. She was only 35 years old. Jan was in the prime of her life – she was a successful lawyer and mother of three daughters, Molly, Rachel and Meghan, ages 7, 6 and 4. They are deprived of their mother forever.

Dizon’s wife and Jan went to court to get a divorce from Dizon in accordance with Guam law. But Dizon refused to abide by the law, and he refused to respect the legal system to run its course. He took the law into his own hands and killed Jan in a cowardly and cold-blooded manner. Dizon did not respect the law in 1995, and there is no reason to believe he will abide by the law if paroled.

Cesar Dizon must be held accountable for his brutal acts in stalking Jan Rubenstein and executing her. By his acts he doomed Jan’s daughters, her family and friends to a life without her. Because of his complete disregard for human life and the brutality of his crime, justice demands that this convicted murderer be denied parole. He must remain behind bars where he cannot again harm another human being.

We, the undersigned, respectfully ask that the Guam Parole Board DENY Cesar Dizon’s parole request.

When you part from your friend, you grieve not;
For that which you love most in her
may be clearer in her absence,
as the mountain to the climber is clearer from the plain.
And let there be no purpose in friendship
save the deepening of the spirit.