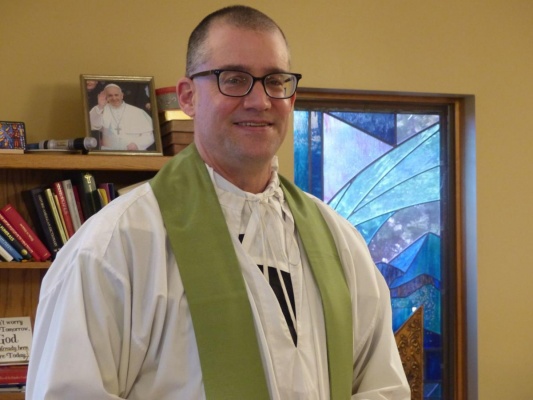 Please sign this petition in support of Father Mark D. White, a priest of the diocese of Richmond, VA (who serves two parishes in Rocky Mt., and Martinsville, VA), who has been displaced from his residence and abusively punished for merely desiring transparency about the abuse scandal caused by former Cardinal Theodore McCarrick and enabled by his closest aids and allies.

Instead of adopting Fr. Mark's cause as his own, Bishop Barry Knestout of Richmond (former secretary to McCarrick) squandered that opportunity and has abused his power having removed Fr. Mark from his residence in blatant violation of Canon Law. The story has been chronicled here in the Washington Post, here in the Martinsville Bulletin, and a chilling backstory posted at Church Militant. His cause is perhaps best articulated here by a parishioner

By joining in this petition I, along with reasonable people everywhere, demand Father Mark be restored to his full ministry by the Church. We are despondent over the fact that this good man has been treated arguably worse than the priest abusers have been. McCarrick himself still has a residence and food.

We further demand, that a full investigation immediately begin over the delay in the publishing of the McCarrick report which may reveal who knew what, when they knew it, and what they did or did not do.

Documentation of this petition will be delivered to Apostolic Nuncio of the Archdiocese of Washington, D.C. and other parties that may help bring about justice for Father Mark.