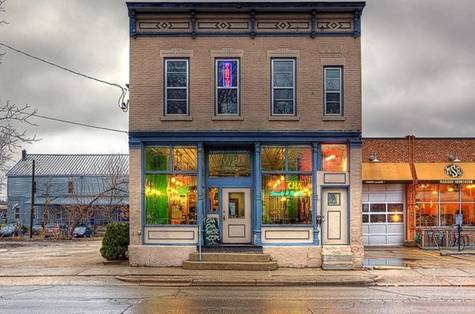 Chuck Chvala, Louis Fortis and their new apartment building at 906 Williamson St. are responsible for the potential loss of long established off-street parking for Cha Cha Beauty & Barber, and disrupting the maintenance of historical neighboring properties.

Please sign our petition to help save access to our lot, and allow maintenance to our historic building. We are asking that the city allows Cha Cha’s current parking lot as it has been since the owners of the property purchased it in 1952, a gravel lot where 6 vehicles are allowed to park.

Chuck Chvala and Louis Fortis are in the position of keeping a hundred and twenty-five-year-old historically landmarked building from being maintained. Everyone should have access to maintain their properties in a tight urban area like Williamson Street. Chuck Chvala will not allow the property owner of Cha Cha to fix the brick wall on the property line between Madison Sourdough and Cha Cha (a historically landmarked building at 912 Williamson St) unless his development next door with Louis Fortis is given free parking behind Cha Cha. In tight urban areas a free mutual maintenance agreement between property owners is a given and should not be a part of any other negotiations or used for leverage to gain something for one party as Chuck Chvala is trying to do. It is even more important when one of the buildings is historical in nature.

The new Chuck Chvala and Louis Fortis apartment building on the corner of Williamson and Paterson St. is trying to leverage away the six parking spots behind Cha Cha (912 Williamson St.) that have been in use since 1952. When the Chuck Chvala/Louis Fortis development at 906 Williamson St. was proposed to the neighborhood and the city, the developers signed a letter of intent to give Cha Cha’s property access to the existing parking lot from Paterson St. and an ingress easement (on about a 5 feet strip of land) to allow legal parking for Cha Cha since the new development was taking away their access from Williamson St.

22.Applicant shall provide for review reciprocal easements and agreements including, but not limited to, access, parking and storm water management (drainage) that are necessary to accomplish the development as proposed in cooperation with the adjacent property to the east. The document(s) shall then be executed and recorded and recorded copies provided prior to building permit issuance. https://madison.legistar.com/View.ashx?M=M&ID=347753&GUID=158A5F95-F0F7-4B32-90AE-D40A951DB6E7

Once the city approved the project, Louis Fortis and Chuck Chvala backed out of the agreement and tried to renegotiate use of Cha Cha’s lot for their new development in addition to free parking from the neighboring property (303 S. Paterson) also owned by the family that owns the Cha Cha building. Their latest demands are 2 free parking spots 24 hours a day, free parking in the 50 spots on the neighboring property for 14 hours a day, and that they are allowed to put their snow on the Cha Cha property in the winter. We are asking that the city allows Cha Cha’s current parking lot as it has been since the owners of the property purchased it in 1952, a gravel lot where 6 vehicles are allowed to park. It is an extremely bad precedent if neighboring properties and businesses are diminished as a result of new development.

(November 21st is the planning commission meeting where Chuck is going to ask the city to allow him extra capacity for his restaurant without any parking.)