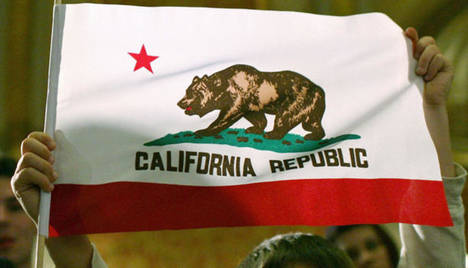 We the people of the United States of America request of our representatives , respectively, that they allow California to secede as a full fledged country.

This can be done it just requires the approval of Congress and 38 states.

We the undersigned agree that this should happen. We're opposed to a majority of Californian's that choose to disgrace our constitution and push their

immoral and unethical agenda on the rest of the country. . We stand firmly against illegal immigrants into the US. We do not believe in "sanctuary" cities to harbor illegals.

We do not choose to be forced to allow males to shower with our daughters.

Currently there is efforts underway from within Calif. to make Calexit happen.

The undersigned, from the rest of the states, would like to encourage and show our support. We will push our representatives in congress to make this happen.