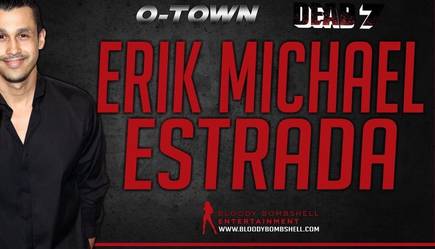 Help Bring Erik-Michael Estrada to a Con in Chicago

Erik-Michael Estrada is a singer and a member of the boy band O-Town. He can be seen playing Komodo, a zombie fighting Samurai, in Nick Carter's last movie: Dead7.

We’ve listed some of them - if you know others cons, leave a comment below.
Otherwise, you just have to sign this petition and share on Twitter at @bloodybent and @iamerikestrada with #Dead7
Let’s go!