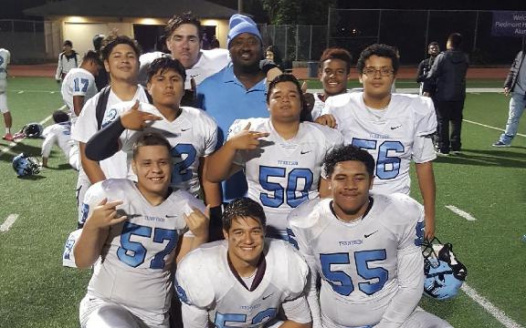 362 people have signed this petition. Add your name now!

For many people football and youth sports is a hobby or even an afterthought. But for Oscar Johnson, helping the youth in the Bay Area succeed through athletics has been his passion for more than 20 years of his life. Coach Johnson was recently unjustly dismissed from the Tennyson High School football team coaching staff and we are looking to get the veteran back to the program as soon as possible. It’s mid season and his absence is felt deeply not only as a Coach, but a father figure to many. Help us get coach Johnson back on the football field and in a position to help these kids develop not only as athletes but as students and human beings as well. Coach Johnson has saved many lives and has guided so many at risk young men and women in the right direction to become better people in this world.

Coach Johnson served in the Navy from 1986 to 1994 ultimately obtaining an honorable discharge for his more than eight years in the military. Following his departure from the Navy, Johnson began to coach youth football in 1995 beginning with a legendary program, The San Leandro Crusaders. Johnson continued to coach at schools that include Castro Valley High School, Wilson Prep in Oakland, San Lorenzo High School, Arroyo High School and even Chabot College in Hayward. He also coached track and field, His commitment to the youth and their success was so strong he came out of retirement to come help guide students at Tennyson High School. Coach Johnson has been a mentor and a life coach to so many kids, it would be tragic if he was not allowed to return to the team. If you demand that Hayward Unified school District reinstate Oscar Johnson as our coach and valued mentor in our community please sign the petition.

Thank you and have a blessed day,