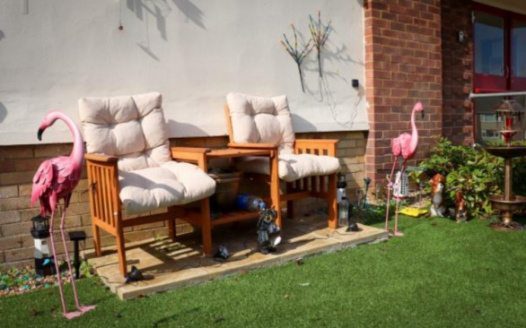 Help arthritic Debbie save her garden from the housing authority

159 people have signed this petition. Add your name now!

Debbie recently spent £500 transforming a gravelled area in front of her flats into a patio with chairs, AstroTurf and various garden ornaments.

She says the space gave her “place to go” to get out of the flat, but now she has been told by Aster, who manage the property, to put that area back the way it was. This has left her stuck inside unable to go out because she is in immense pain. She holds her hands up and said she didn't ask permission and she should have but the problem is she is being penalised for things other residents are also doing and they have had no issues.

Debbie genuinely needs this garden as it is helping her not just mentally but physically. She has no end of trouble getting to sleep and going out to the garden gives her a reason to get up and move about so in turn has shifted her sleeping pattern. She also socialises with her neighbours there, when they walk by they all have a chat.

Debbie has stated that this isn't just her garden but it's for the all of the flats.
https://www.andoveradvertiser.co.uk/news/17863685.aster-tells-resident-39-dismantle-39-garden-spend-hundreds-pounds/?ref=fbshr

This is the link to the news coverage. We appeal to Aster to reconsider this garden and not to make an example of a lovely member of the community who is in a vulnerable state.