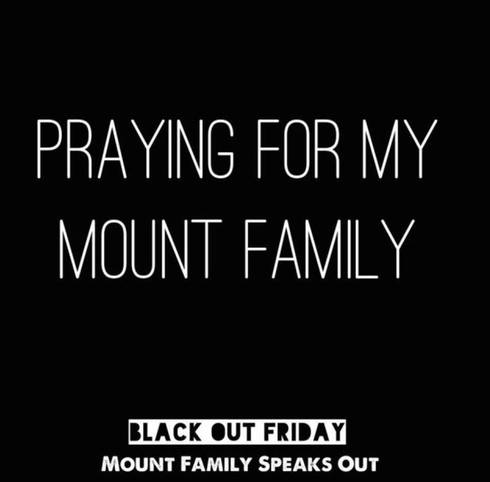 We, the undersigned, are alumni of this university who have for some time been concerned with the general direction and current state of affairs at our beloved alma mater.

While the precipitating cause of this letter is the recent debacle surrounding the so-called “retention program” (known among us as Bunnygate) and its support by President Newman and the Board of Trustees, we judge this most recent event as evidence of a much deeper problem.

Initial reports of President Newman’s retention plans were shocking. Even in hindsight, the program comes across as misguided. The language President Newman used to describe the culling of 20-25 “at-risk” freshmen, as bunnies to be drowned, was even more disturbing – it hints at a lack of respect for the constituents of the school and the faculty who were attempting to serve their students’ best interests.

But, thanks to our Mount education, we are able to look past President Newman’s unfortunate choice of words to assess the issue on its own merits. It is in looking past his choice of words, however, that we find our source of concern.

Despite the explanations and justifications the administration has rushed to put forth, we still find little to reassure us that this retention program was intended to be as constructive and supportive as President Newman has recently described.

The Mountain Echo reporters have offered enough evidence to suggest that President Newman did indeed intend to encourage a set number of “at-risk” freshmen to leave the school by a certain date. The fact that this date would have enabled Mt. St. Mary’s to favorably manipulate their retention numbers is not, in our opinion, coincidental. Why would the faculty have refused to submit the data to the administration by that date if they had no concerns about how it would be used?

We are further distressed by the tone of Mr. Coyne’s Message from the Chairman of the Board of Trustees from January 22, and its attempt to cast doubt on the objectivity and methodology of the Echo reporters who broke the story. The Echo has been admirably transparent, providing more details than should be necessary on how they researched and verified information for the retention plan story. (See their Jan. 19 Editorial Note.)

We are alarmed by Mr. Coyne’s blatant attempt to discredit the students, alumni, and faculty who contributed to this story. Mr. Coyne’s letter appeared to suggest that any and all criticism of the President’s methods and motives is the propaganda of some sort of cabal of malcontents actively working against the best interests of the school.

This week, our concern has turned to outrage as we have learned that Mr. Coyne’s letter contained more than just vague accusations and idle threats. The demotion of Provost Rehm and the firings of Professor Egan and Doctor Naberhaus have been made public, along with a well-founded suspicion that their firings were the result of their opposition to President Newman’s agenda.

And it is here where we reach the heart of the matter we find most disturbing: Mount Saint Mary’s shines as a school in the liberal arts tradition where open discourse between people with differing ideas and opinions is welcomed and encouraged. The administration’s suppression of dialogue, its retaliation against those who speak out against it, and its unwillingness to address legitimate concerns about the direction of the school belies everything for which the Mount stands.

We write today cognizant of the many challenges currently facing the Mount as an institution of higher education. We are fully aware that the President and the Board are working hard to save a school facing serious – potentially catastrophic -- financial difficulties. We recognize that these financial problems are President Newman’s inheritance, the result of his predecessor’s prodigious spending that increased the university’s debt substantially. We respect President Newman and the Board for their commitment to making the Mount flourish in a changing world.

But we worry that the administration’s unwillingness to engage in constructive dialogue with its critics is symptomatic of deeper problems besetting the University. Contestation and critique are vital aspects of a thriving liberal arts education. When the administration stifles the voices of those who question it, how can we trust them to preserve the Catholic liberal arts learning environment that has so profoundly enriched our lives?

We fear that in its push to make the Mount marketable, the administration is exchanging discovery, dissent, questioning, and critical thinking – the highest virtues of a liberal arts education -- for an expanding quest for rankings, prestige, retention, and greater tuition and grant dollars.

Today, we address the Mount administration as academics, bloggers, nurses, therapists, educators, writers, television producers, scientists, journalists, business leaders, community leaders, mothers, and fathers. We are writing as the generation of alumni poised to lead society through the next decade, and we want you to know that the core, liberal arts curriculum and the vibrant spirit of community which characterized our Mount education are critical aspects of the unique contribution we are able to make in our world. The education we received at Mount Saint Mary’s 10, 15, 20 years ago is even more relevant now than it was then.

We ask that you respect our ideas, opinions, and concerns. We ask that rather than dismiss or discredit those in our Mount community who criticize your decisions, you respond openly and with transparency. We don’t want to be told what to think – our Mount education taught us to ask for more from life than directions to follow.

Our Mount education also taught us to speak out against injustice, whenever and wherever we see it.

We see injustice now, in the actions the administration has taken to punish those who refuse to toe the line. We ask that you understand that we will not stay silent.

Above all, we ask that you work as hard as you can to preserve what we treasure most about our mountain home: its cohesive identity, rooted in the ever-curious, ever-seeking spirit of Catholic, liberal arts education. The future of Mount St. Mary's University does, indeed, lie within the foundations of its past. On this point, we agree.

We sign with sincere gratitude for our Mount community,