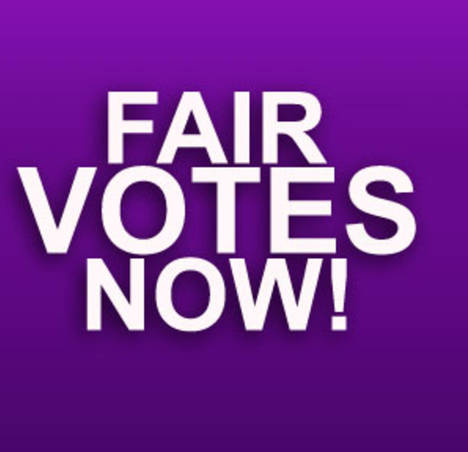 To Members of the Hermosa Beach Chamber of Commerce:

The Board of Directors has violated

the legally binding By-laws and Policy manual governing the Hermosa Beach Chamber of Commerce to prevent your right to vote:

By-laws violations by the Board of Directors:

1) Over the past 20-years it has been the practice to mail to all members a request to apply to the Board of Directors. This year no application or notice was mailed out and the CEO personally e-mailed selected individuals to submit an application ignoring other members.

In all previous years elections ballots were numbered at the bottom. This year no ballot # or signature line was provided to prevent fraud in the election. Obviously counting ballots with six nominees for six positions is not required.

4) The By-laws require a five (5) member nominating committee appointed by the Chairman. This year the Chairman used three (3) members Chairman, Past Chairman, and CEO to hand select a slate of nominees.

5) The By-laws require that the nominees are announced and advising members how to petition additional nominees with ten member signatures. This year no announcement was made before the ballots were mailed on October 29, 2016.

(On November 14, 2016 an invalid notice of petition was selectively e-mailed mysteriously adding one name to the nominee list. As the notice was sent one day before the full board meeting on November 17, 2016, it is impossible to have board approval of the nominees for this notice. There is no mention of the board term on the petition. The Ten (10) day petition period is intentionally spaced over the Thanksgiving Holiday weekend to prevent participation by members with a 5pm Monday deadline after the weekend.)

6) The By-laws require eighteen (18) Board members the Chamber has been operating with less for several years.

Directors and Officers insurance policies do not cover Directors for "Ultra Vires" acts in a derivative suit. The Board of Directors is not able to ratify an "Ultra Vires" act. It is imperative to allow members to fairly exercise their vote.

10% of the paying members of the Hermosa Beach Chamber of Commerce can request a special Meeting of the Members:

(Date, Time, Location to be announced with thirty (30) Days notice)

By signing this petition you are agreeing to a Special General Membership Meeting and that you are a current paid member of the Hermosa Beach Chamber of Commerce. You agree to verify your signature in person if required to do so.